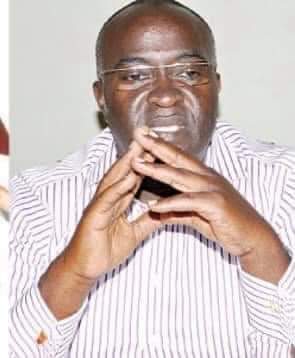 Katongole was last week admitted to the Intensive Care Unit of TMR International Hospital in Naalya, a Kampala suburb over an illness with his heart but on Tuesday morning, he was pronounced dead.

Kawempe North Member of Parliament, Latif Ssebaggala confirmed the death of Katongole whom he described as a great pillar to the development of not only Islam and Buganda but the country at large.

Moses Mawejje Birungi, the spokesperson of the Kampala Operational Taxi Stages Association(KTOSA) described the death as a great loss to the country.

“Whereas he was Muganda and a Muslim, he associated with everyone at ease. You could never know his religion or tribe. He worked for the development of the country. He will be greatly missed,”Birungi said.

Katongole was the head of Uganda Taxi Operators and Drivers Association (UTODA) which for long held sway in the city’s taxi business.

Starting in 1986, UTODA had the powers to run the taxi parks in Kampala and this entailed law enforcement and traffic warden duties – both facilitated by police training – plus a mediating role between police and drivers.

However in 2012, the then Kampala City Council had a change of heart and refused to renew UTODA’s contract for the management of the taxi parks in a move aimed at seeing the body take control of the public transport sector and its revenues.

A rival taxi drivers’ association emerged and this saw a conflict break out between the new group and UTODA.

In 2015, KCCA finally took over management of the taxi transport business and this marked the end of UTODA.

Since then, Katongole had returned to his private business but he commanded a lot of respect from the Muslim community and Buganda government.