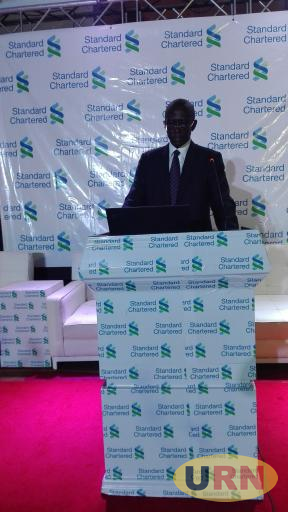 The organizations did not show signs of possibly falling victim to money laundering. “However, they were found to be vulnerable to terrorist financing, with a rating of Medium High,” Tukei said, based on an assessment FIA carried out recently.

The assessment found that the main factors that are driving the TF risk are; trade, extortion, fundraising, remittances, piracy and some non-governmental organizations (NGO) activities.

“Funds were being transferred by land and through wire transfers in banks. The main weakness of the NPO sector is the inadequate capacity of the regulator (NGO Board) to monitor activities of NPOs, including flow of funds and enforcement of transparency in the utilization of funds received by NPOs,” he said.

Tukei said there was need for awareness campaigns on the money laundering and terrorist financing to identify and address the threats and vulnerabilities in the NPO sector.

“The criminal syndicates will continue to operate once they are able to benefit from the proceeds of crime. There is need to identify the predicate offences which generate proceeds and put in place mechanisms to trace the proceeds for seizure and confiscation so as to deny them chance to enjoy these proceeds,” he said.

“We must together, cooperate and go for the criminals’ money and their assets if we are to succeed in the fight money laundering.”

Experts who spoke about money laundering said if left unchecked, it can undermine individual financial institutions and ultimately the entire financial sector.

Money laundering, he said, also threatens the reputation and integrity of the financial system, thereby discouraging honest business transactions as reputation is one of the most valued assets of financial institutions, Investors and Economies alike.

He added that money laundering exposes financial institutions to operational, legal and concentration risks and also increases the volatility of international capital flows and exchange rate.

“It can distort the functioning of markets, by generating unfair competition, which greatly undermines legitimate businesses,” he said.

To deal with these challenges, Tukei rooted for customer due diligence, record keeping, risk assessment, development of Internal Policies, Procedures and controls including ensuring an effective audit function to test the systems.

According to experts, some of the key challenges in fighting money laundering include; lack of a comprehensive asset recovery policy and legislation, lack of a centralized mutual Legal Assistance Framework, weak enforcement of laws, especially with respect to the wealthy and powerful individuals and shortage of financial investigative and prosecutorial skills.

However, some NGO representatives said government was unfairly targeting them in the guise of stopping money laundering. “Government does not want us to access donor funds which help us do our advocacy activities,” one activist said.

He gave an example of Action Aid which had its offices closed and bank accounts de-activated last year. The reason they did that was political, but not financial. Government does not want to be criticized even when it is in the wrong, harassing political opponents,” he said, adding that government has now using FIA to curb the activities of the NGOs.