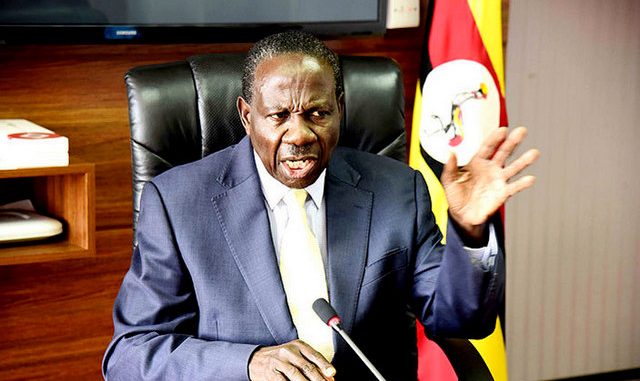 This follows a February 9 letter written by Patrick Ocailip, the deputy secretary to the treasury in the Ministry of Finance to the Governor Bank of Uganda, a copy seen by this publication, where the finance ministry is seeking the Governor’s opinion on the proposal, and requests that he also avails data on different categories of withdrawals for further review and determination.

“Following our budget consultative meeting held on February 5, 2021 at this Ministry, attended by officials from Uganda Communications Commission, Uganda Revenue Authority, Telecom Operators and Bank of Uganda, it was proposed that we explore taxation of cash withdrawals from commercial banks,” the letter reads in part.

However, in a sideline interview with the media this morning, the Minister said he had not learnt of the letter or known its content but promised to make efforts to establish facts about it. 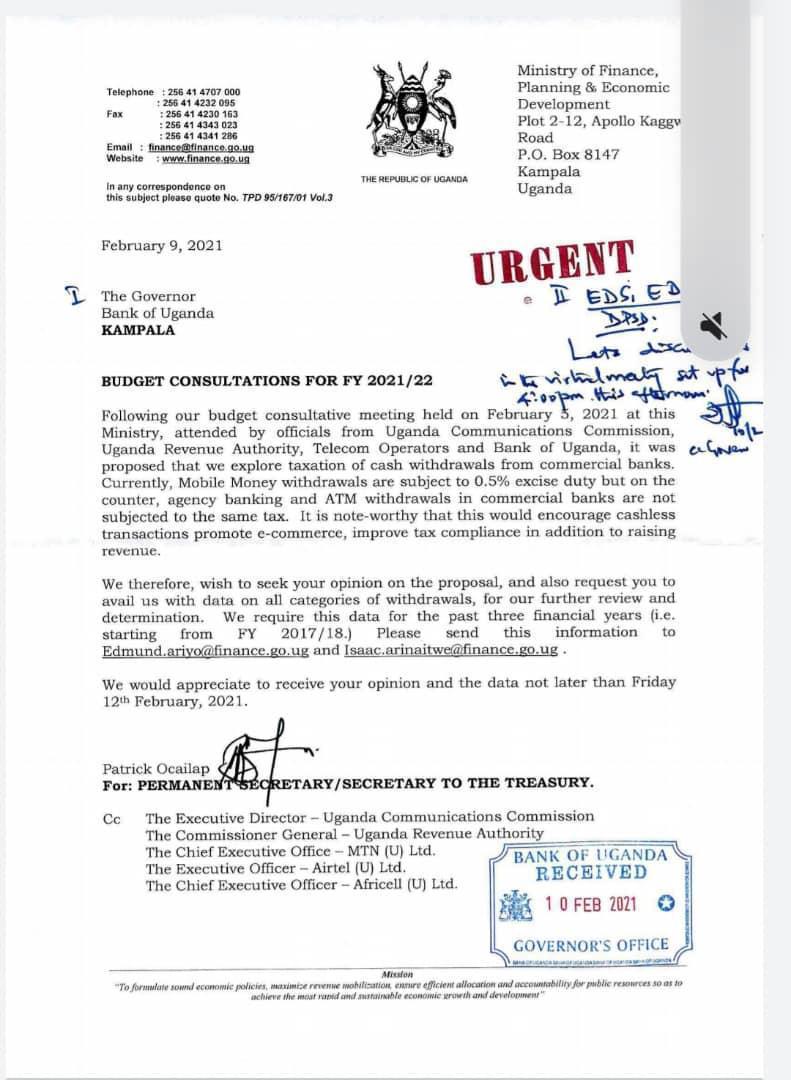 The proposal to tax cash withdrawals from banks, according to the letter, will encourage cashless transactions and promote e-commerce, improve tax compliance in addition to raising revenue.

Currently, it is only mobile money withdrawals that are subject to a 0.5 per cent excise duty but on the counter while agency banking and ATM withdrawals in commercial banks are not subjected to the same tax.

BoU defends self on appointment of a pass degree holder to replace Bagyenda
VIDEO: Radio presenter hacked to death by jilted girlfriend