DTB vs HAM: Why is Ham scared of an independent audit sanctioned by court? - Daily Post Uganda 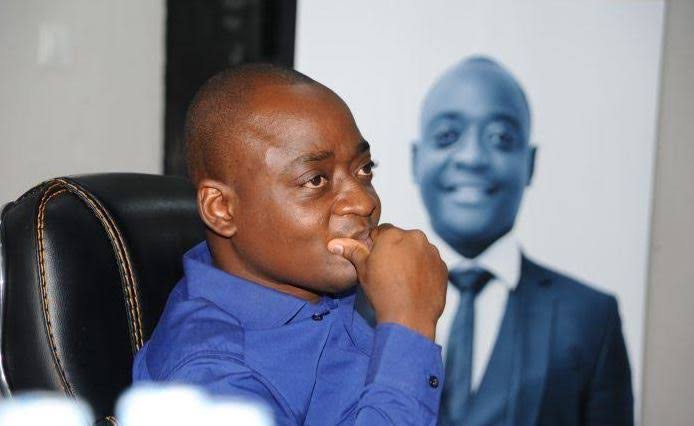 KAMPALA: The controversial Kampala businessman Hamis Kiggundu aka Ham of Ham Enterprises has without credible reasons, asked court to halt the auditing process pending the determination of another application in which it is seeking to quash defence statements filed by Diamond Trust Bank (DTB) Limited in a dispute worth billions of shillings.

It should be remembered that on August 31, Justice Henry Peter Adonyo of the Commercial Court directed the Institution of Certified Public Accountants of Uganda to appoint an independent auditor to carry out account reconciliation of the financial transactions which are based on the credit facilities between Ham Enterprises and DTB.

“This is to direct ICPAU to appoint an accountant to carry out a reconciliation and report back to court. Each party shall pay 50 per cent of the cost for the accounts reconciliation,” the judge ordered.

He said the appointed auditor will file a report to help court decide the hearing of the case.

However, Ham Enterprises Limited in a delaying tactic contends that it has since filed an application seeking to throw out DTB’s written statements of defense for allegedly being founded on credit facilities which are illegal. This kind of delaying tactic needs to be condemned by court and other powers that be such as Bank of Uganda which regulates the banking industry and is desirous of having profitable banks that can lend to the rest of Ugandans who understand the obligation to pay debts after borrowing from such banks.

*It is interesting to note that Kiggundu wants to delay an independent audit expected to give a fair result as opposed to the audit that he did for himself with the purpose to default on the loans he owes DTB. Kiggundu knows that an independent audit will use utilise due diligence and professionalism to pin him on his false accounting.*

Shamelessly, Ham Enterprises is seeking recovery of Shs34 billion and US$23 million from the bank which he alleges was irregularly removed from his accounts. But the banks defend themselves saying Kiggundu and his two companies hold accounts with them and that the same on various dates took various credit facilities.
The banks list the credit facilities taken by Ham Enterprises $6,663,453, Shs1.5 billion, Shs1billionn, $4 million and $500,000.

Ham, in a bid to dodge paying his loans, filed a miscellaneous application no. 729 of 2020, where he wants the court to cancel the order to appoint an auditor. The businessman is now scared of the outcome of the planned independent audit as he first submitted lies to court. He is aware that the court will punish him seriously for telling blatant lies aimed at cheating the lending banks.

If Ham has evidence and he trusts his personal audit of three pages why can’t he let an independent neutral audit go on? There is no doubt he’s applying delaying tactics to prolong the case where he’s stuck with conflicted witnesses and lack of evidence.

Kiggundu must pay back the money he owes to the banks. This is beause he was in need and the banks helped him. He cannot now turn around to disorganize their business.

The court decision followed a joint memorandum in which the bank lawyer, Mr Kiryowa Kiwanuka, and Mr Fred Muwema for Ham Enterprises agreed to have the dispute heard and determined by court.

Mr Kiwanuka submitted three sets of documents containing 201 exhibits which the bank intends to rely on for its defence.

Mr Muwema submitted 14 documents, including the power of attorney granted to Mr Kiggundu to obtain the loans from the bank, which are under dispute before court.

He claims between February 2011 and September 2016, his two companies sought various loans from the banks for construction, development and completion of commercial properties.

In their defence, the banks deny the breach of contract and only admit that the businessman and his two companies hold accounts with them. The banks also admit that on various dates, the companies took various loans $6.6 million, Shs1.5 billion, Shs1 billion, $4 million and $500,000. The banks also contend that the securities by Ham Enterprises were freely and willingly presented in order to secure the credit facilities.

A member of the Uganda Banker’s Association has told this website that such businessmen like Kiggundu are the reason why banks are very cautious to lend to the Ugandan public. “Ham is bad to the banking sector if he does not want to pay back the loans,” he said, adding that “when Ham wanted money for his business, DTB was there for him but now he wants to cheat DTB”.

“Cheating businessmen like Kiggundu are also the reason why interest rates are high in the country,” he said, adding that: “I am surprised that Ham wrote a book advising Ugandans on best business practice, yet he wants to cheat a bank through a false audit.”

The judge will deliver the ruling on the audit application tomorrow morning at the commercial court.