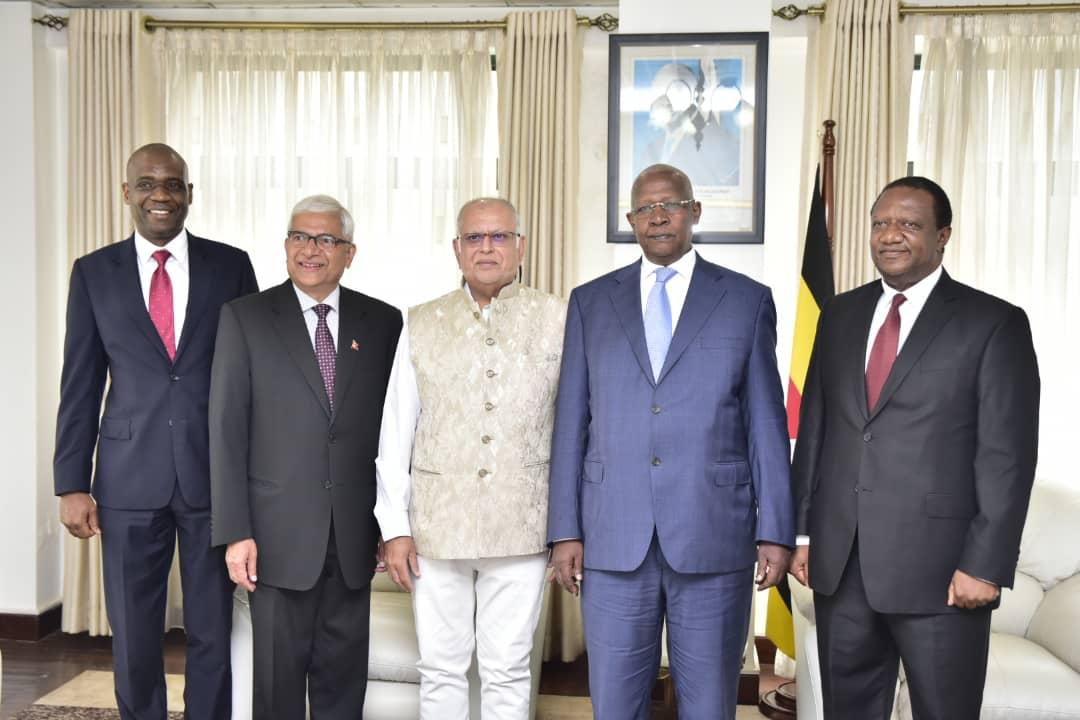 KAMPALA: Uganda’s richest man Dr Sudhir Ruparelia has on Tuesday presented his credentials to Ministry of Foreign Affairs as Honorary Consul of the Republic of Nepal to Uganda.

The property mogul went on to open a Nepalese Consulate at his Crane Chambers in Kampala.

This shall be followed by a cocktail party at Kabira Country Club to celebrate the milestone.

Dr Sudhir was appointed to the position by Bidhya Devi Bhandari, the Nepalese president last month.

The move was aimed at strengthening economic and political ties between the two countries.

Nepal borders China in the north and India in the south, east and west while Bangladesh is located within only 27 kilometres (17 miles) of its southeastern tip and Bhutan is separated from it by the Indian state of Sikkim. Nepal has a diverse geography, including fertile plains, subalpine forested hills, and eight of the world’s ten tallest mountains, including Mount Everest, the highest point on Earth. Kathmandu is the capital and the largest city.

Nepal is a multiethnic country with Nepali as the official language.