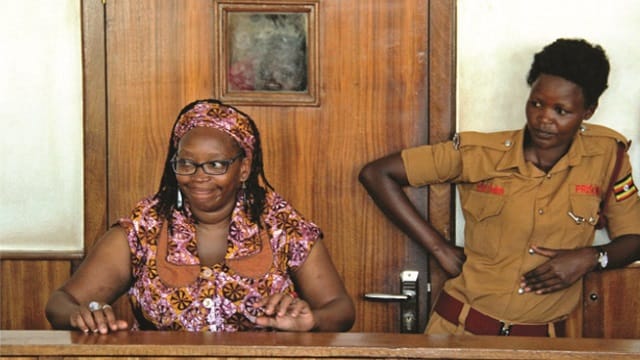 Last week, Nyanzi through her lawyers Isaac Ssemakadde and Derrick Bazekuketa requested the court to summon 20 witnesses including Museveni as defence witnesses.

However, Grade One Magistrate Gladys Kamasanyu on Monday ruled that the President cannot be subjected to any court proceedings while still in office and summoning him amounts to the breach of the Constitution.

“It breaches the Constitution of this mighty country to summon the President to this court. Witness summons will be issued to the rest of the 19 witnesses but not to the president,” Kamasanyu ruled.

Kamasanyu noted that the sitting President is a competent witness but not a compellable one and court cannot issue summons compelling him to appear before it.

“The president may, however, appear voluntarily if he so wishes, but this court shall not summon him because it is against the law and the constitution of this mighty country Uganda.

Therefore your application is hereby ruled out,” Kamasanyu said.

Article 98(4) of the Constitution states that the President shall not be liable to any proceedings in any court while still in office.

The magistrate also dismissed an application in which Nyanzi wanted her to disqualify herself from the trial over bias.

She ruled that Nyanzi failed to demonstrate the allegations of bias against her.