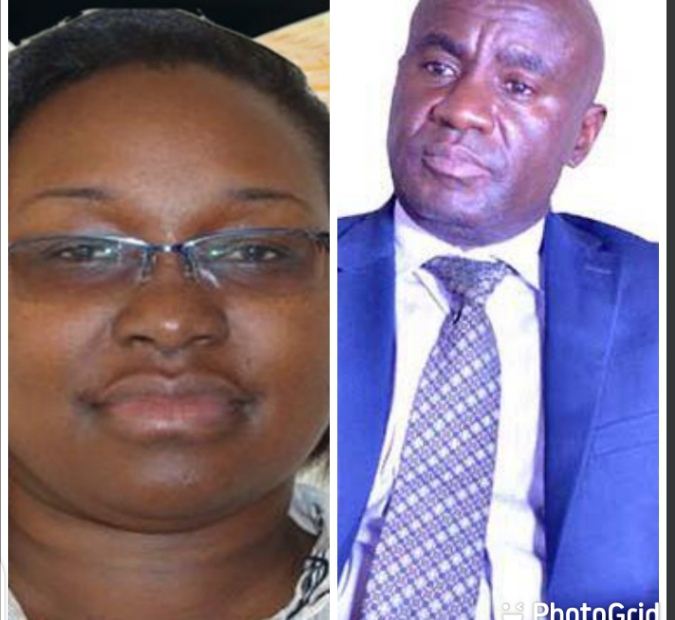 According to an insider at UPPC, Prof. Wasswa stealthily passed himself the said amount for having allegdly brokered UGX shs 9 billion printing deal from electoral commission to the corporation, to gazette for them (EC) the 2021-2026 electoral roadmap and the successfully elected political leaders from the 2021-2026 general elections.

According to various outlets, the Proxy ‘Commission Agent’ whose account he used to withdraw the shs 3billion from the corporation account purportedly going to pay him, ended up getting a paltry shs3 million as his cut from the deal, thereby the professor taking the lion’s share. More painful is the fact that the poor lad also had to share the shs 3million with his other ‘colleagues’ in the loot.

The latest information coming through indicates that, for the electoral commission’s Head legal Dr.Angeyo Jeniffer to nod her head in agreement that indeed UPPC deserved the shs9billion for the ‘big job, they also had to wet her bed with a whooping UGX shs600m, tax payer’s money! what awaste

It should be noted that gazetting of the electoral roadmaps and the successfully elected leaders is a legal matter and directly falls under her docket at the head, and so, our sources claim that was the point at which she bargained for a cut to be included on the total cost to pay UPPC hence the hike in pricing to a whooping shs 9billion, tax payer’s money.

“Ofcourse as head legal, she had to get involved directly in who does the job and at how much. She’s Head legal my friend, she is very influential in all matters involving the commission, because every action or inaction attracts legal implications,” explained our source when tasked to explain whether this wasn’t the role of the procurement department of E/C to do the negotiations.

Nevertheless, our source added that for that ‘pivotal’ role she played, she had to be ‘appreciated’ handsomely with UGX shs600m!

hen contacted for a comment on the whole saga, counsel Angeyo neither denied nor admitted the allegations. “I’m aware, we’re headed for statement recording next week (this week) at CID Headquarters Kibuli,” she responded, though didn’t give details when she would appear before the detectives.

Our close sources had actually intimated to us that Angeyo had been summoned to appear before Kibuli CID detectives for statement recording and/or possible detention just like UPPC MD Prof.Wasswa, but she claimed she was very busy with electoral petitions going on now in Hoima and Northern Uganda, since she is head legal.

She also claimed she was traveling to South Africa for official duties by close of business Friday, sources added.

“Stealing of government money must stop. I have the MPs and the Constitution gives you the power to legislate if you have seen a problem where people are stealing government money and are being handled with kid-gloves,” tough talking Museveni told his NRM MPs whom he addressed at Kololo Airstrip last week.

Gen Museveni revealed that he had already tasked Attorney General Kiryowa Kiwanuka to start the process to change the law. Pundits say Col.Nakalema, who saved over UGX26b taxi payer’s money could have had a big hand in convincing Museveni to tighten the ‘noose’ after she demonstrated to him that fighting corruption, though a big task, it’s achievable.

According to sources, however, Col.Nakalema complained to Museveni that suspects are released as soon as they ‘arrive at court’.

“Our work ends at investigating and producing the suspects to court, now what happens in courts we have no control, In fact a judge can even have leniency and release on bail a shs 900b suspect soon after presenting him/her in court”. Nakelema said.

That money could have been meant for medicine for 1m patients, so it means that the country may lose 1m people in exchange for one thief! That’s dangerous stealing government money is,” Nakalema was quoted talking to press at her office recently.

According to Museveni, the law would remove the discretionary powers of the judges to grant bail to suspects for certain crime categories, like murder and corruption that lead to loss of huge amounts of Government money thereby curtailing service delivery, which causes the public to turn against Government.

After several days in detention over the same saga, Prof. Wasswa managed to secure himself temporary freedom, a police bond on Thursday last week, after spending more than 48 hrs, the mandatory time one must spend under police detention before he/she is formally charged.

“The investigations we’re doing are very deep, not your usual ‘chicken thief investigations, where even a dog can lead us to the thief in one day. These ones involve very sophisticated networks and so we need to dig deeper than your naked eyes can see. We don’t want to rush because of the 48hrs deadline, let him get the bond as we investigate, after all we have the most key ‘grey areas’ already covered and there’s substantial evidence to cause his successful prosecution,” our most reliable source on condition of anonymity told our spy.

According to transaction details, our spy has since intercepted, UPPC legally received shs 9billion from Electoral Commission via the official company’s bank accounts to gazette the 2021-2026 electoral roadmap and the successfully elected leaders from the general elections.

However, using his influence as Managing Director of the corporation, prof. Tom Wasswa Davis managed to create a proxy commission agent, for whom a hefty of shs 3billion was withdrawn allegedly to pay his commission from the sh9b business deal.

The money was successfully withdrawn with pretext of paying the proxy commission agent, but ended up in the sharp ‘jaws’ and deeper pockets of the professor!

Important to note also, is that, according to UPPC Act, the law doesn’t allow payment of any sort of commission Agents for any business brought to the corporation by any individual either working with the corporation or from outside the corporation. It prohibits such transactions, just like Toyota Uganda.

According to our spy following the matter, the professor was delivered at Kibuli CID on Tuesday and was detained till Thursday pending further investigations.

Our sources further revealed that so far several former board members have since been interrogated and given bond, although some are yet to appear on account of being sick or having traveled, our source added.
UPPC is a public enterprise fully owned by Uganda Government. It was established in 1992 by the UPPC Act, Cap 330. Section 2(2) of the UPPC Act, which provides that, the Corporation shall be a body corporate with perpetual succession and a common seal, and may sue or be sued in its corporate name.

The Corporation started out as the Government Printer under the British Colonial Government in 1902, which makes it 119 years old today. In 1962 the department remained under the office of the President, being funded by public funds allocated under the Government printer vote. Its main role at the time was to supply stationary and provide printing and publishing facilities to all Government ministries and departments.

But due to the important role played by the Corporation in the printing of all Bills, Statutes and Official Gazette, Cabinet classified it under Class I among those public bodies that Government had to retain full ownership of.
Beginning March 2021, Uganda Printing and Publishing Corporation (UPPC), jointly with Uganda Security Printing Company (USPC) took over the services of printing and issuing of driving permits and passports from South Africa’s Face Technologies whose contract expired on February 28, 2021.

Government via UPPC owns 51 percent of its shareholding while Veridos GmbH via USPC owns 49 percent.