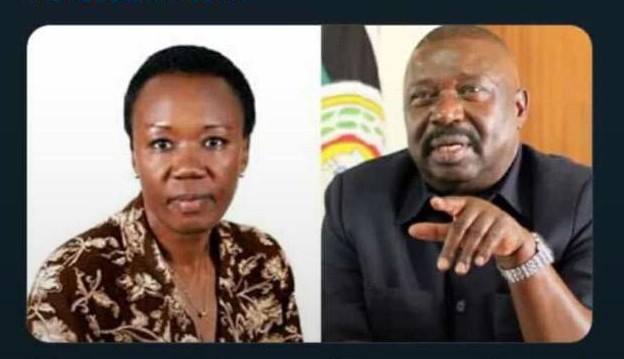 NTUNGAMO: The State Minister of Labour, Employment and Industrial Relations, Mwesigwa Rukutana has been declared the winner in the Rushenyi county NRM Primary elections for the Parliamentary flag bearer in the 2021 general election.
Rukutana has defeated his closest opponent Naome Kabasharira after tallying votes from over 12 polling stations that had not been counted.

The Ntungamo district NRM election officer Mirembe Maria declared Kabasharira the winner. The declaration form was however not signed by Rukutana’s agent, who out rightly disagreed with the results.

Voting was deferred to Saturday, the same day when chaos broke out in the area resulting into multiple shooting and injuring of Rukutana’s rival’s loyalists.

As as result Minister Rukutana was sent to prison battling several charges; attempted murder, theft of a gun, malicious damage and assault.

However today Rukutana was released on bail at Ntungamo magistrate court.