By law, the results for Presidential Elections must be declared within 48 hours from the closure of polls. The polls closed at 4:00pm on Thursday 14th January and the forty-eight hours expired at 4:00pm on Saturday 16th January 2021.

While releasing the final results on Thursday, the EC Chairperson Justice Simon Byabakama said the provisional results of the Presidential Elections were announced cumulatively in the order in which they were being received, leading to a declaration by the Commission, based on the total number of 33,461 polling stations, which had been duly received and verified before the expiry of the 48 hours.

“These stations account for 96.47% of the total number of polling stations (34,684) across the country. The declaration met the legal requirements of Section 57(4) of the Presidential Elections Act, which provides that a candidate shall be declared as President if he/she has obtained more than fifty percent (50%) of the valid votes cast at the election,” Justice Byabakama noted. 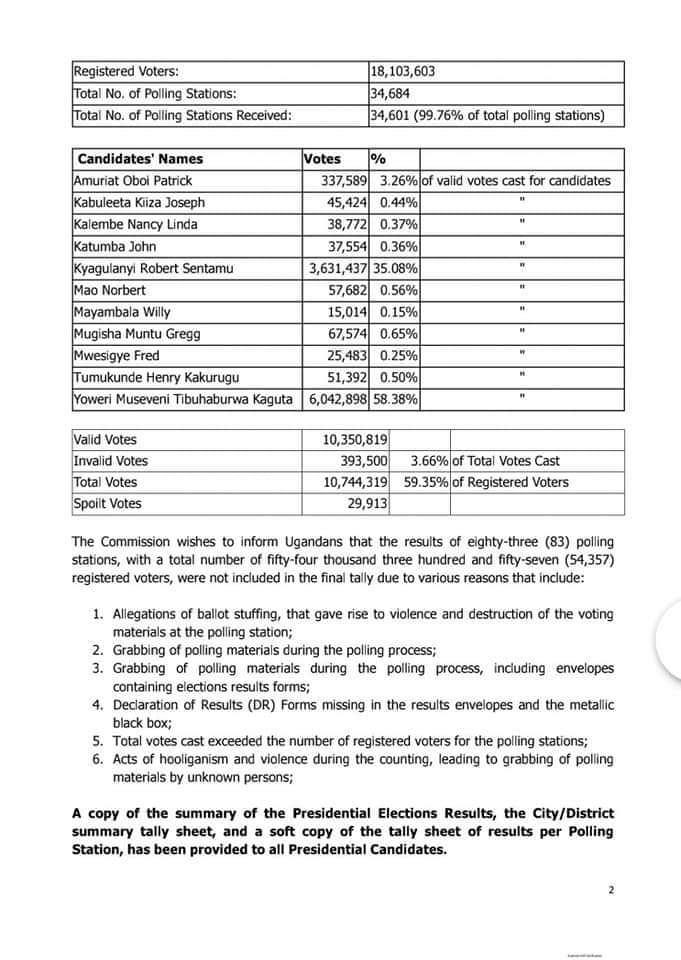 “The candidate who was declared as winner obtained more than 50% of the total votes cast at the election. The Commission considered the fact that the difference in votes obtained by the leading candidate and first runner up would not have a significant effect on the final results even if all the voters from the remaining one thousand two hundred and twenty-three (1,223) polling stations, totaling to six hundred ninety-four thousand two hundred and twenty-nine (694,229) voters were added to the first runner up.”