Supercharger made the allegations on Wednesday night after watching a live interview of the Wasibukawa singer on BBS TV. Bebe Cool had been invited on the show to talk about music and politics.

“Am on BBS Television watching Bebe cool. I like his arguments and discussion and I think he has a brighter future in politics. Am a resident of Nakawa and I think he can be a good competitor in our area. But I just want someone to remind him that ten years ago he cheated me 1.5 m shillings money that was meant for orphans living with HIV,” Supercharger, a vocal HIV/AIDs advocate. 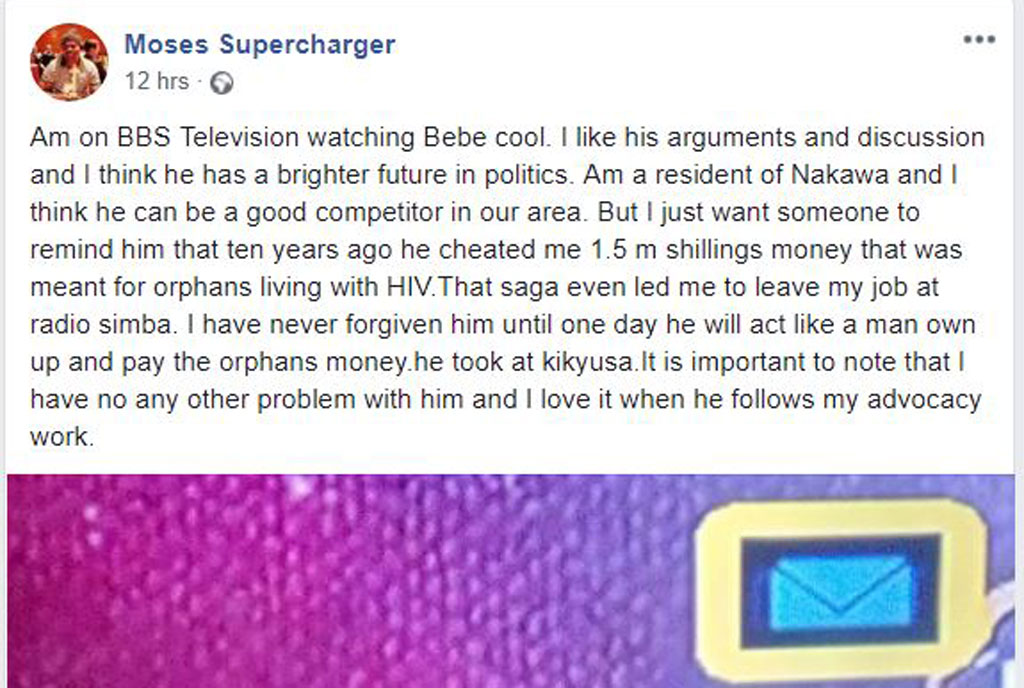 He revealed that due to the ‘embezzled money’ he lost his job at Radio Simba 10 years ago.

“That saga even led me to leave my job at radio Simba. I have never forgiven him until one day he will act like a man own up and pay the orphans’ money he took at kikyusa. It is important to note that I have no any other problem with him and I love it when he follows my advocacy work,” Supercharger wrote.

Supercharger was one of the first Ugandans in the public eye to reveal that he had HIV and has lived with it for 24 years now. He is the founder of Stigmaless Uganda