Alalo's remains to be buried in Ntungamo - Daily Post Uganda 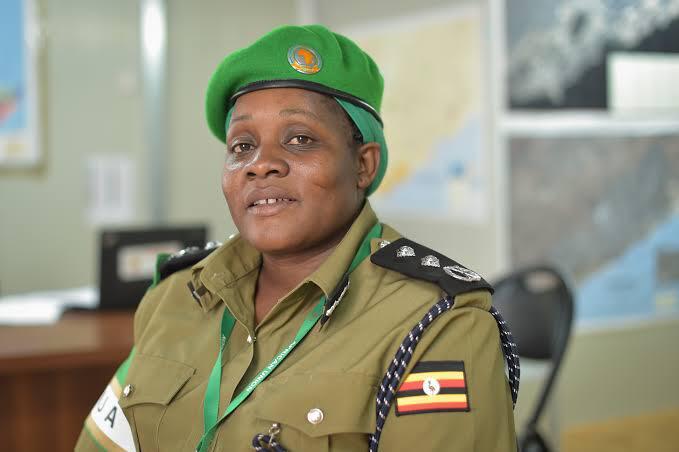 KAMPALA: The remains of former Commissioner of Police, Christine Alalo will be buried at the ancestral home of her late husband, Alex Kamujuni Ahimbisibwe in Ntungamo District.

Alalo died together with 158 other people following an Ethiopian Airline crash after takeoff from Bole International Airport Addis Ababa on March 10, 2019 enroute from Italy.

Forensic experts in Ethiopia announced the recovery of Alalo’s remains a fortnight ago. The remains were identified with the help of DNA samples provided by her sons and brothers.

Arrangements were made with the deceased’s family in collaboration with Assistant Inspector General of Police (AIGP) Grace Turyagumanawe, the Director Peace Support Directorate to return them home.

Police Spokesperson, Fred Enanga, said on Tuesday that they have since received Alalo’s remains and burial will take place on December 20.

“We received the remains which were then handed over to A Plus Funeral management until December 20, 2019 when her elder son who is still pursuing studies in Canada returns,” Mr Enanga said.

Alalo enrolled in Uganda police force on August 18, 2001. After completing her training she was deployed as OC Station Lira, DPC Entebbe, Staff officer of the Directorate of Human Resource Management, served in United Nations (UN) Mission in Sudan, Commissioner of Child and Family Protection Department and in 2015, she was appointed as Deputy Commissioner AMISOM in Somalia.