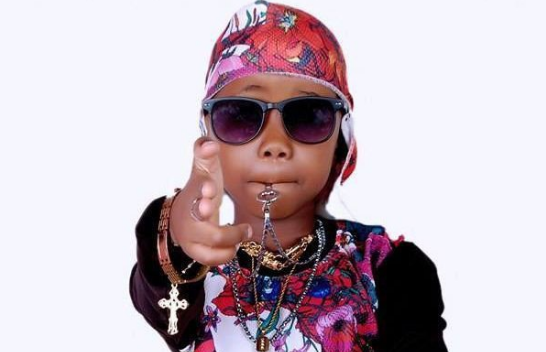 In May this year, the seven-year-old rapper whose real name is Patrick Ssenyonjo was nominated for the Carolina Music Video Awards for his “Bambi” song.

After hearing the news, the elated singer took to his social media platforms to announce the big news as he also used the opportunity to thank the people who have helped him achieve his dream.

“God is Great. I have been announced as the winner of BEST INTERNATIONAL MUSIC VIDEO in the CAROLINA MUSIC VIDEO AWARDS for my BAMBI song. I dedicate this Award to: My Family, De Texas Entertainment, Fans (both in UG & Worldwide), TV & Radio Presenters, Magazines, Newspapers,” he said.

Fresh Kid, who goes to school at Kampala Parents has been doing music for seven months and is already reaping the fruits of his hard work. His father Paul Mutabaazi, has also joined the music industry as a singer under his stage name of Fresh Daddy.