KAMPALA – A Section of leaders in Tororo district are have said they are surprised why Tororo district paid the Deputy Governor Bank of Uganda, Louis Kasekende US $71,110 about (Shs267 million).

The said money was deposited on a joint account number 8700110288700 Standard Chartered bank Speke Road in the names Louis and Edith Kasekende on May 18, 2018.
According to the documents seen by this website, the leaders want establish purpose of the said money.
“We are shocked that the said money wasn’t even discussed in council and no one bothered to inform council. We got these documents from someone at Standard Chartered bank indicating that our district paid a deputy governor” a source told media.
Authorities at the district remained tightlipped over the matter. Dr. Kasekende and a host of other top BoU leaders are under investigation by the IG. The IG wants 100 employees at BoU explain whether their wealth ties with their salary.

The IG’s interest into BoU follows revelation that top officials at the bank had accumulated a lot of wealth. And this was after a report by Auditor General over the closed and sold commercial banks pinned several leaders for culpability.

In the newest inquiry, the IG is said to be looking into the assets and liabilities of over 100 employees but more emphasis is being put on employees in supervision and banking departments.
Although Inspectorate downplayed the inquiry to annual declaration of income, asserts and liabilities of officials, however, sources say the inquiry was triggered off by the reports of Auditor General that among others fault BoU officials especially in supervision for failure to explain how properties of defunct banks has been sold or taken over by officials at the central bank. 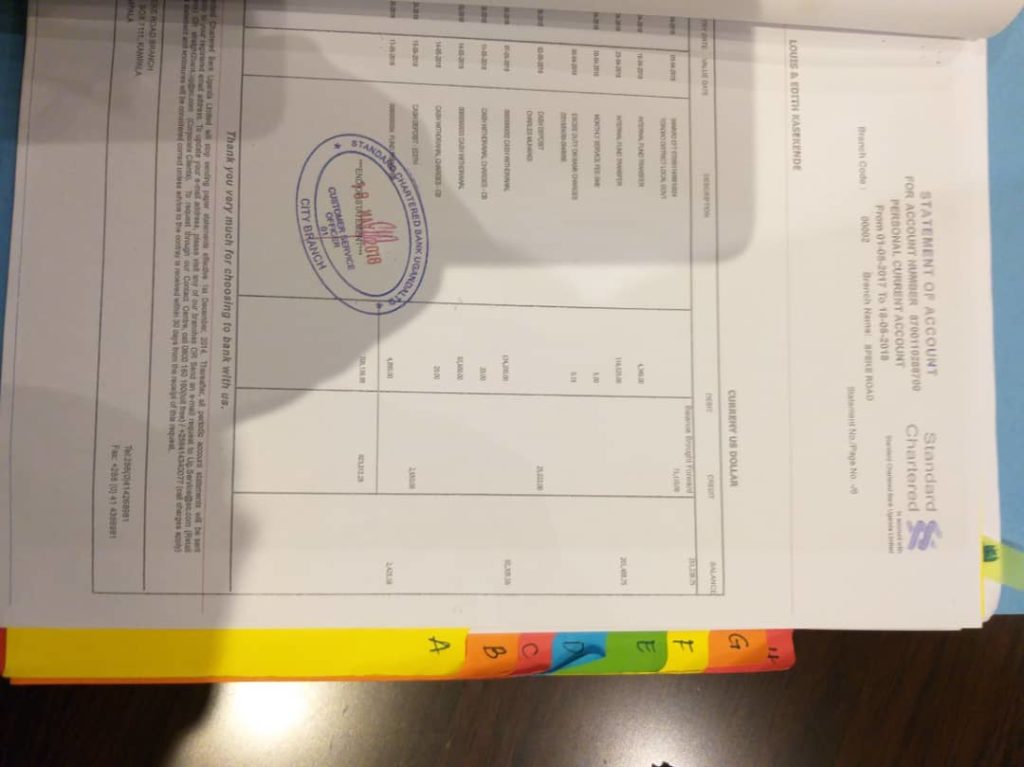 “The AG in his report was clear on these properties because whenever a bank is closed, such banks have properties like house and land but in most cases, these properties are silent and basically that is why we want to establish who takes over these properties and could these top bosses taking over them?” a sources said.
One of the declarations of income, assets and liabilities forms filled by Dr Kasekende shows that he owns property worth about Shs8 billion in upscale areas of Kampala, Wakiso and other areas. He is also a shareholder of Green Hill schools, a farm in Bukasa valued at Shs500 million and several commercial buildings which fetch millions of shillings in rent per year. In the declaration form, Dr Kasekende says he picked loans from commercial banks and used his statutory salary, savings from research, gratuity payments and travel allowances to build rentals and acquire the assets.

The Leadership Code Act 2002 requires all specified leaders to declare their Incomes, Assets and Liabilities to the Inspector General of Government. The Code prohibits conduct that is likely to compromise the honesty, impartiality and integrity of leaders or conduct that leads to corruption in public affairs and it imposes penalties on leaders who breach the Code.
Early this year, it is said President Yoweri Museveni ordered Bank of Uganda Governor, Emmanuel Tumusiime Mutebile to ‘sort’ out ‘thieves’ at Bank of Uganda.
Museveni who met the Inspector General of Government and a team from BoU at State House after cabinet lectured the two sides to sort out bickering that could easily hurt the economy but also warned of thieves at BoU.

A tough talking Museveni told me Mutebile that BoU had performed well but the emerging reports that individuals at the central bank had amused wealth were disturbing and such individuals should be fished out.
Recently, the IGG faced with the conundrum as to whether the Bank of Uganda Governor acted within his powers to make administrative changes at the Central Bank, one of which involved the retirement of Justine Bagyenda, the erstwhile Director of Bank Supervision.

‘This is to direct the Board of Directors of BoU not to ratify any actions or decisions taken by the Governor on or around February 7, 2018 in relation to the impugned appointments and transfers until such time as the investigation by the Inspectorate has been concluded or until this office directs otherwise’, the IGG’s March 12 letter states in part.