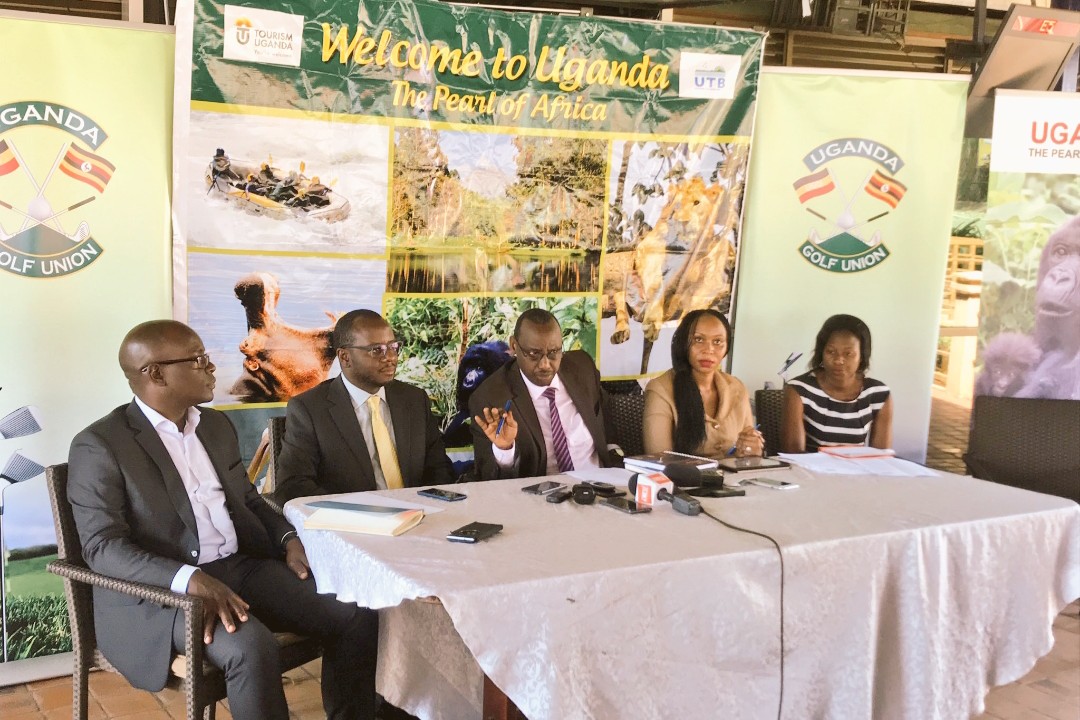 KAMPALA: To create a big impact for the Ugandan Open early and as well boost development upcountry, Uganda Golf Union (UGU) in partnership with Uganda Tourism Board (UTB) has launched the Uganda Golf Tour.

The Tour is set to canvas nine different courses across Uganda over six months and will act as tournament precursor for players. But more importantly it will help revive upcountry golf venues.

UGU and UTB signed an MOU yesterday which starts working when the Tour begins at Lake Victoria Serena course in Kigo on March 30. “Golf is a sport that unlike many others, doesn’t last 45 minutes or 90 minutes,” Kihika said at the press briefing before signing a three-year partnership.

“Golf is an experience. When one goes out of Kampala to play golf, you have to travel a day before. And then there is where to sleep, eat, then play, then eat, sleep and lounge. There is a lot beyond the course and here is why UTB comes in.”

UTB is set to give UGU Shs50 million for the first year with more technical support and event organising to accompany the upcountry events on the Tour. Outgoing UTB CEO Stephen Asiimwe said golf is key in boosting tourism.

“This is the most profiling sport that has a lot of influence,” he said.

More than 1000 people are attached to different clubs across the country with most activity at Uganda Golf Club, Kitante, Kigo, Entebbe, Jinja and Tooro.