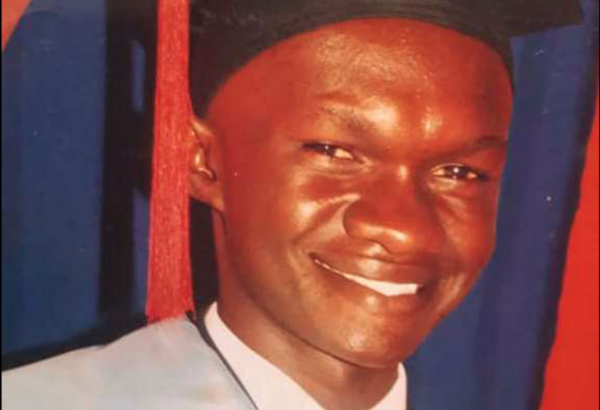 KAMPALA: As Uganda’s biggest telecom company was still perplexed about the recent deportation of its senior officials by government Uganda, bad news of the murder of its work Julius Shuwu worsened the situation.

Suspected thugs are said to have raided the home of one Julius Shuwu, MTN-Uganda’s Customer Service Advisor in Kisalosalo, Kyebando in Kampala and stabbed him to death.

Shuwu’s widow, Mugide Joyce, said on Thursday that he was called out of the house at about 4am by unknown assailants who stabbed him and abandoned his body about 20 meters from the house.

Shuwu is said to have worked with the telecom giant for about six years. Part of his assignments included simcard subscriber verification, according to the manager – corporate communications, Mr Val Oketcho.
His body was picked by police who arrived at the scene around 6 am and taken to the city mortuary as investigations continue.

“We are still awaiting for further information from Uganda Police on the details surrounding his death,” Mr Oketcho told this reporter on phone.

Meanwhile MTN has appointed Ms. Enid Edroma as the new General Manager-Corporate Services, replacing Anthony Katamba who was sacked a week ago.

“This is to inform you that MTN Board of Directors have appointed Ms. Enid Edroma…as the General Manager-Corporate Services with effect from 20th February 2019,” reads the company’s internal MEMO.

Enid has been the General Manager-Risk and Compliance in the same company that has of recent seen its CEO Wim Vanhelleputte and three other senior staff deported out of Uganda. Six days ago MTN Uganda appointed Gordian Kyomukama as Acting CEO after the deportation of Vahellputte on allegations of compromising Uganda’s national security.

MTN Group, owners of MTN Uganda are in the country to negotiate with government over the crisis as it also prepares to renew its 10 year licence.