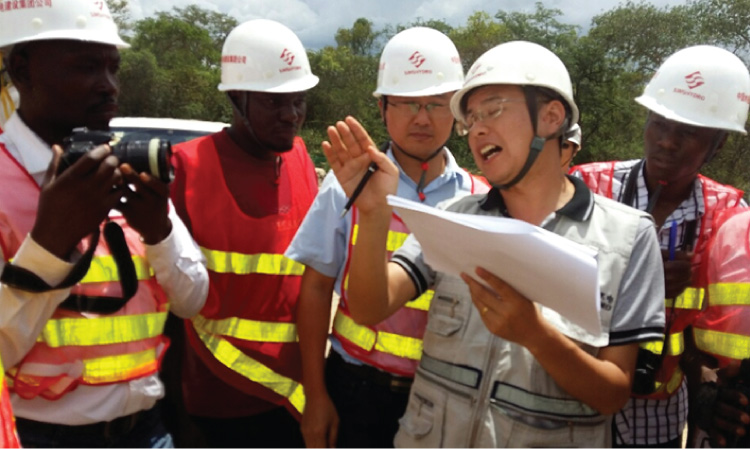 Top bosses of the Chinese construction firm Sino Hydro-corporation, have been forced to rush back into Uganda to save the multi-billion dollar contract for the construction of Karuma dam that is facing cancellation.

Wang Yantao, the President Sino Hydro and his Vice President Yang Yixin were forced to hastily travel to Uganda this week after the government warned them the Shs5.7 trillion deal  would be cancelled if valid concerns about shoddy works at the Karuma dam are not addressed.

When the duo arrived at the Kiryadongo-based dam, sources there say they were appalled by the shoddy works and engineers that are supervising the project may pay by losing their jobs.

Matters were not helped when a team from the Badru Kigundu led-committee appointed by President Museveni inspected the dam today and witnessed the shoddy works first hand.

With what they witnessed, it is clear that the Committee will author a hard-hitting report about the mess at Karuma, with particular emphasis on how Sino-Hydro Corporation has not taken any action to rein in thieving engineers.

The two Chinese Sino-hydro corporation bosses were today badly grilled by the Kiggundu committee and they admitted that they had ‘technical and administrative’ problems which they are now addressing.