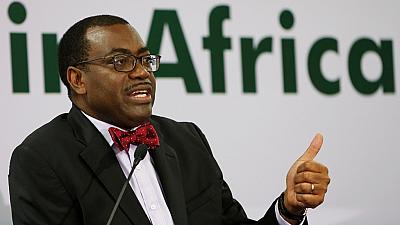 Arusha: The African Development Bank (AfDB) has promised to support the East African Community (EAC)’s 5th Development Strategy, which requires US$985 million over a period of five years.

This was reached at two days ago as the EAC Secretary General Amb. Liberat Mfumukeko met AfDB’s President, Dr. Akinwumi A. Adesina at the bank’s headquarters in Abidjan, Ivory Coast.

Mfumukeko specifically sought support in the areas of Agriculture and Industry but especially agri-industrialisation. During the meeting, Adesina noted that it was critical to link infrastructure projects with agriculture development and industrial development for the benefits to reach the common citizenry in EAC.

Dr Adesina also agreed to support establishment of an AfDB coordination and capacity building unit at the EAC HQs noting that the AfDB portfolio has grown and therefore need for more coordination, strategic and analytical capacity;

He said the Bank is committed to present EAC bankable projects to the AfDB coordinated African Investment Forum in November 2019 in South Africa. A joint team of EAC and AfDB will work on preparing bankable projects for presentation to that effect.

The EAC Secretary General during the meeting with Adesina highlighted the progress in the 4 pillars of integration and articulated the support needed from the bank and appreciated the great support provided by AfDB especially in the area of Infrastructure Development and the financial sector.

Adesina appreciated the visit by the EAC Secretary General, noting that the EAC is the most active and dynamic regional economic bloc with very clear results and a very high level of political momentum.

He lauded the EAC for the great gains made in the implementation of the Customs Union and the Common Market. He specifically commended the progress in free movement of people and increased trade. He noted that EAC Countries are now issuing the East African e-Passport.