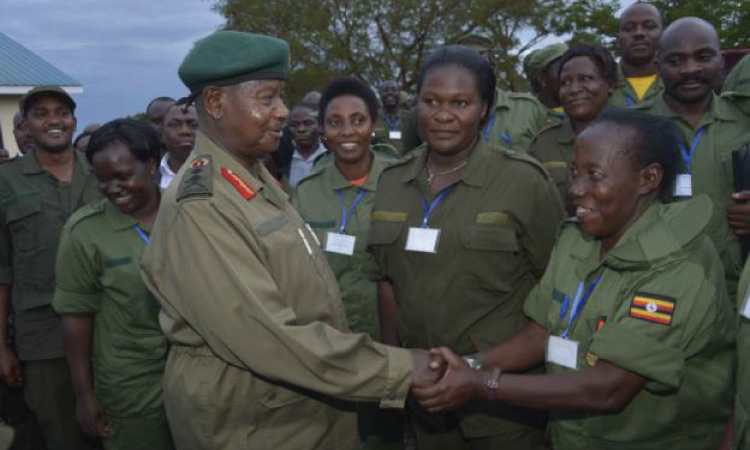 Resident District Commissioners (RDCs) and heads of the Internal Security Organization(ISO) and the Chieftaincy of Military Intelligence(CMI) are on the edge after learning that President Mueveni is in the final stages of announcing a reshuffle.

Over the weekend, Museveni retreated to his Kisozi farm in Gomba district where he met a trusted cabal of lieutenants to put the final nail in a reshuffle that is expected to be announced anytime from now.
Of all the top spy agencies, only Joseph Ocwet the head of the External Security Organization(ESO) stands high chances of retaining his job.

Ocwet was appointed in June last year and Museveni was impressed by how he stifled Amama Mbabazi’s connections in the West United States and China during and after the elections. Ocwet used his connections in the diaspora to blowout Mbabazi’s connections.
Brig Ronnie Barya,the head of the Internal Security Organization(ISO) is sweating over his job after word reached the President that morale at ISO is low with operatives going without salaries for months.

Brig Charles Bakahumura of the Chieftaincy of Military Intelligence(CMI) is also a worried man.

For RDCs, Museveni is keen to reward loyal cadres who helped him secure the 2016 elections and ditch those that did not do enough. Watch this space.