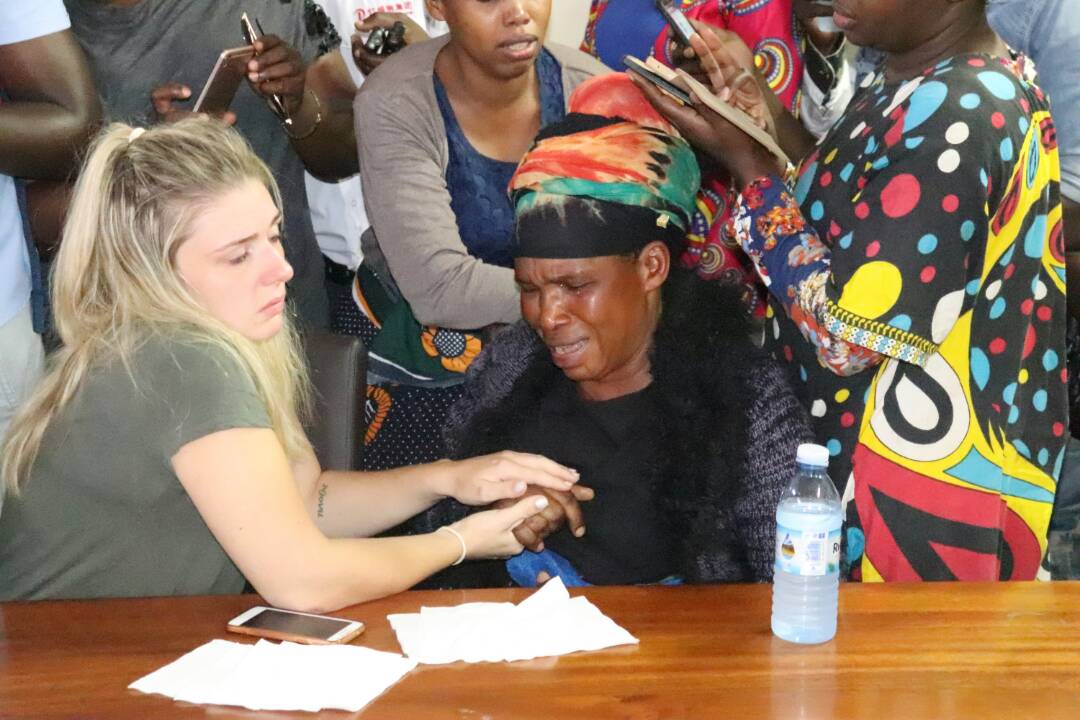 The mother to slain artiste Moses Ssekibogo alias Mowzey Radio has appealed to President Yoweri Museveni to intervene in the ongoing murder case against suspects who are believed to have orchestrated the death of her son.

Jane Kasubo, broke into tears at Entebbe Chief Magistrates court when Justice Mary Kaitesi Lukwago adjourned her son’s murder case for the eighth time.
Court had gathered for mention of the case when state prosecutor Macbeth Agumenaitwe announced they were still doing investigations to pin Godfrey ‘Troy’ Wamala to the murder.
With Agumenaitwe’s announcement, court was ordered adjourned, to the disappointment of Mowzey Radio’s mother who started tearing.

President Museveni ‘bongas’ with the Mowzey Radio during the launch of the Tubonga Nawe project in late 2015.

“I am crying for the justice of my son, all those that killed him are enjoying life, they have food to eat and are enjoying sleep while we keep mourning and returning to this court without hope for justice,” she said in tears.
“The bar where my son was killed is also still open, I call upon President Museveni to help us speed up this mater because Mowzey Radio was one of his greatest supporters,” she added.
Mowzey Radio succumbed to injuries sustained during a bar brawl in January. Following his death and burial in February, President Museveni vowed to arrest whoever killed “his supporter.”
A few days later, Troy Wamala was arrested and detained at Entebbe Police post before he was arraigned in court and remanded at Kigo prison.