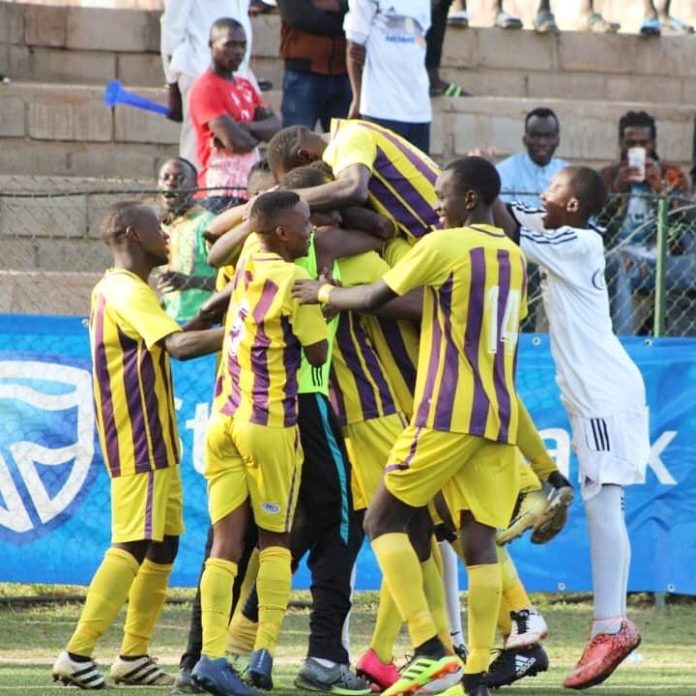 KAMPALA: Proline Football Club on Thursday sealed promotion back to the StarTimes Uganda Premier League after just one season in the Fufa Big League.

This was after their 2-0 against Kabale Sharp FC at the Kabale Municipal Ground on the final day of the Big League season.

Two first half goals from Joseph Mandela and Bright Anukani were enough to seal automatic promotion, as well as ending the season with 42 points from 20 games.

Shafiq Bisaso’s side became the second team to be promoted to the 2019/20 StarTimes Uganda Premier League after Wakiso Giants FC.

The FUFA Big League was started in 2009 as the second tier of Ugandan football and three clubs are promoted each season to the Uganda Premier League.

It consists of two groups; the Elgon and Rwenzori group where the table leaders in each qualify directly.

The other four (those finishing second and third in both groups) are engaged in a promotional play off.

Proline will end their successful season seeking for their first-ever Uganda Cup trophy against Bright Stars in the final on 25th May, 2019 at the Masaka Recreational Stadium.

Ndejje University FC, Nyamitobora FC and Paidha Black Angels SC are the three clubs that were relegated from the 2018/19 Uganda Premier League and will play in the Fufa Big League next season.