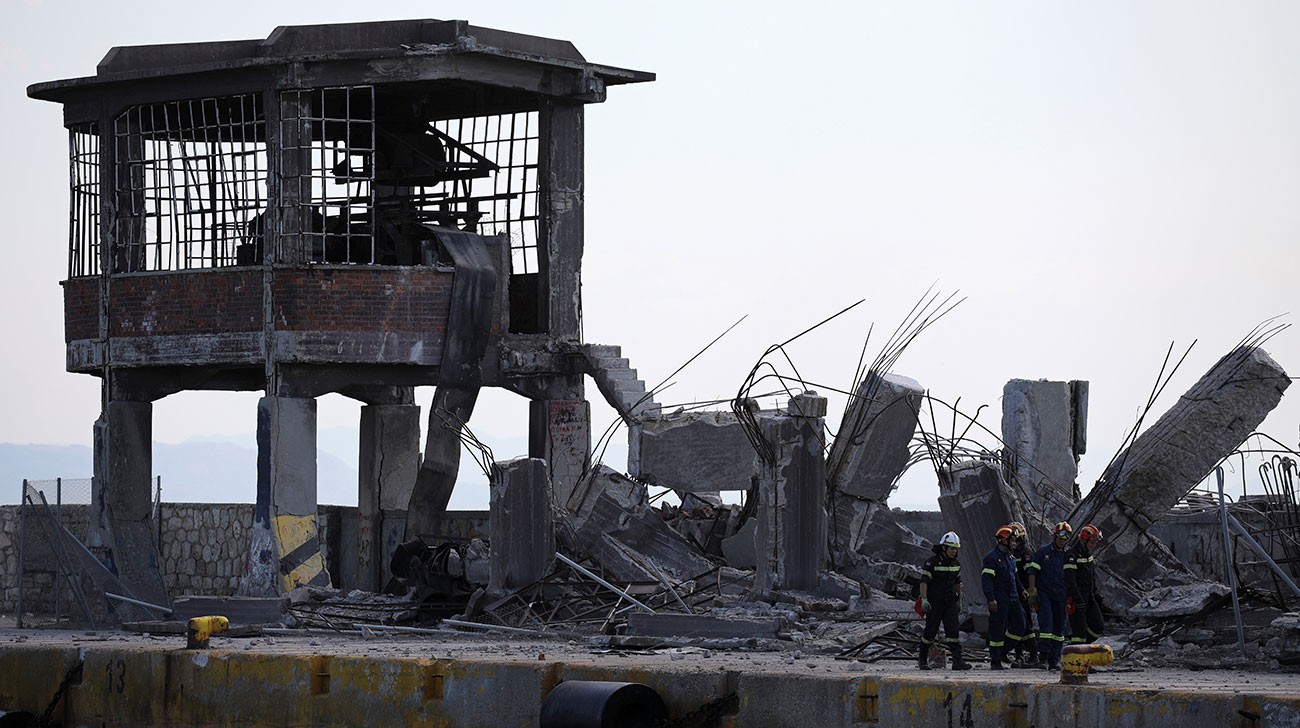 AGENCIES: A strong tremor has shaken the Greek capital of Athens, knocking out phone networks and power in parts of the city.

The 5.1 magnitude earthquake had an epicentre about 22km (14 miles) north-west of Athens.

Athenians ran out into the streets and evacuated tall buildings as the tremor shook the capital for some 15 seconds.

There were no reports of serious injuries, but several aftershocks have been felt.

The earthquake was felt particularly strongly in the centre of Athens. There were reports that the fire service rescued over a dozen people trapped in elevators following the power outage.

“It was a very intense quake. We were terrified,” a resident called Katerina told AFP. Another woman told local media that it was “more like an explosion”.

“We were all very afraid,” she said.

Residents posted footage on social media of the impact of the quake.

A woman was slightly hurt by falling plaster and an empty building collapsed, Greek media said. Other buildings were also damaged.

“There is no reason for concern. The capital’s buildings are built to withstand a much stronger earthquake,” he said.

Seismologists say the earthquake was around 13km (8 miles) from the surface.

The earthquake is the first to hit the Greek capital since September 1999 and experts say it was very close to the same epicentre, at Mt Parnitha. That magnitude six quake left 143 people dead and tens of thousands of buildings damaged.

How earthquake-prone is Athens?

The city lies on several major fault lines which causes some earthquakes, although they rarely cause casualties or damage, said Professor Iain Stewart, a geologist at the University of Plymouth.

Before the earthquake in 1999, the city was considered at low risk – but “if a place has an earthquake it increases the hazard” in future, he said.

An earthquake of magnitude 5.1 like the one on Friday does not cause significant risk of damage, he said, although he expected it to be more noticeable near the epicentre.

One at magnitude 6.3 or above would cause buildings to collapse, Prof Stewart said.

Athens is built on solid ground, so there is less potential for damage to the Ancient Greek monuments in the city which date back thousands of years.

The risk increases the further you go towards the extremities of Greece, Prof Stewart said: particularly on the islands of Crete, Kefalonia and Rhodes.

In 2017, two people were killed by a 6.7 magnitude quake which hit the island of Kos, a popular tourist destination.