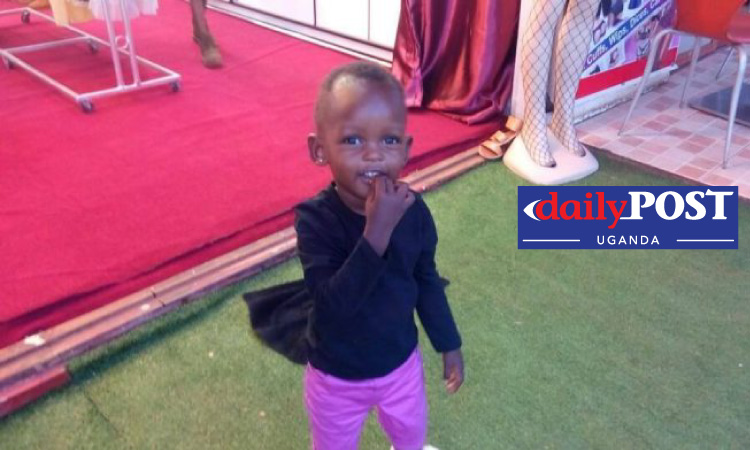 Police has rescued baby Chelsea Tezanya, the daughter to Arthur Tazenya of Kira.

Mulekateete had worked for Mr Tazenya for only four days.

Police managed to track the house girl even as she had switched off her known mobile phone. The search conducted found both the victim and suspect in Kachanga Island, Kalangala District.

A flyer of baby Chelsea Tezanya announcing her disappearance

A police team led from Kira Division Police is apparently on its way to get baby Chelsea and re-unit her back with her parents in Kira.

Susan Magara was kidnapped on February7 and spent 20 days in hands of criminal before her body was found dumped on February 27 at Kigo along Entebbe Expressway.

On April 14, police arrested five people for allegedly kidnapping a two-year-old child in Kitezi, Wakiso District. The suspects were found hiding the child in one of their homes with intent of getting ransom from parents.