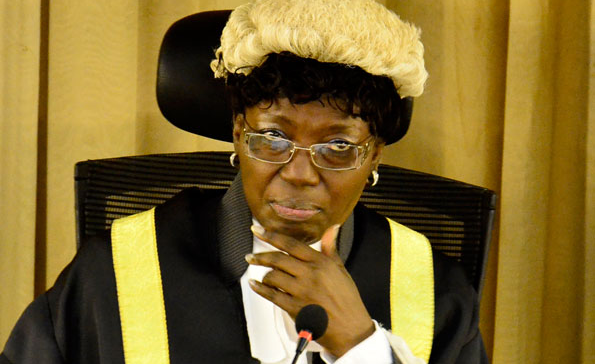 Members of Parliament have asked Government to consider directly funding new districts as opposed to the current arrangement where it provides and funds certain services and projects.

Legislators said that the new arrangement will be cheaper and also help to offset many projects that have stalled in the newly created districts.

The MPs were Thursday 23 July 2020 debating a Report of the Committee on Public Service and Local Government on the performance of newly created administrative units. The Committee chaired by Hon. Godfrey Onzima, visited Lwengo, Rwampara, Kitagwenda, and Kazo districts in November last year to assess the level of operationalization and performance of the new districts and other administrative units and examine the challenges and gaps (if any) affecting the operationalization.

Legislators said that because of such arrangement, new districts have not been able to accomplish several projects and that many lack basic facilities such as hospitals, ambulances, tarmac roads and administrative offices.

Hon. Hillary Lokwang (NRM, Ik) told Parliament how Kaabong district has never been provided with an ambulance and that due to the pressing health needs of his community, he offered his personal vehicle to assist in referral of patients.

He added that government was unfair to task local governments to return money at the end of each financial year when the new release is often sent late.

“Government releases money to districts late, so they are always working on pressure putting them at a risk of doing substandard work,” said Lokwang.

Legislators were further irked that projects implemented directly by the central government are more costly than those implemented through district budgets.

Hon Baba James (NRM, Koboko) said that if this arrangement persists, government will be seen as a disinterested party in the growth of the new administrative units it has established. He proposed an extension of the period in which unspent monies are returned.

“Let us at least extend the refund period to September of each financial year and have districts complete the pending projects,” he said.

The Committee made wide ranging observations and suggested recommendations for the House to consider. They observed that funds retained and spent at the central government level through direct implementation of programmes and projects within the MDAs, which if were directly channeled to local governments, would greatly increase their budgets. They also observed various challenges in budget execution at the local governments; poor remuneration and the failure to enhance salaries following the pay enhancement scheme of the Ministry of Public Service.

Hon. Connie Galiwango (NRM, Mbale district) said that in Mbale schools constructed with direct funding from central government were substandard compared to those run by districts.

Hon Silas Aogon (Ind., Kumi Munic.) asked government to revisit its policy on decentralization and empower districts implement most projects on their own.  “Government must  know that even the agricultural inputs they give districts through NAADs and operation wealth creations, can be procured within districts, they don’t have to come from Kampala,” he said.

The Minister of State for Local government, Jenipher Namuyangu, said that transparency and accountability gaps within local governments have most times compelled the central government to maintain some roles such as procurement.

“In 2019 we gave each of the new districts Shs1 billion as startup funds; Bunyangabu completed their administrative block but in Kikuube, there is nothing,” she said.

She said her ministry has asked the Ministry of Finance for an update on the financing plans for the new administrative units and that the report is expected next week.

Parliament adopted the Report of the Committee.