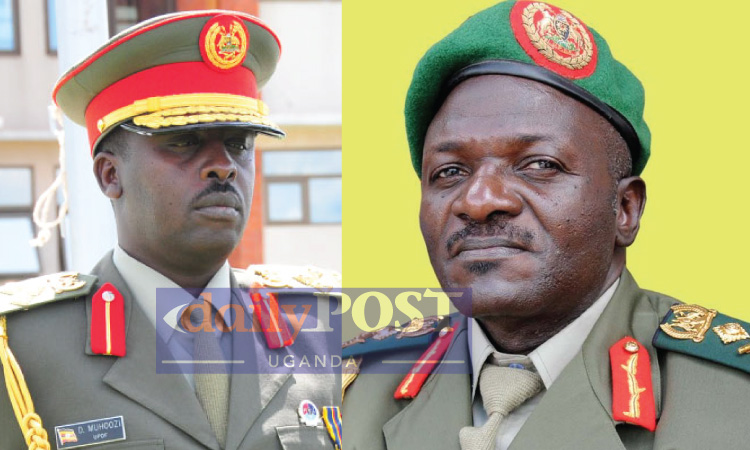 Gen. Katumba who  survived being killed by suicide bombers in Somalia last week has been replaced by Maj Gen David Muhoozi the former head of the UPDF Land Forces. He is the ninth UPDF boss. Wamala has been appointed Minister of State for Works.

Maj Gen Mbadi who was inline to replace Katumba has been promoted to the Deputy Chief of Defence Forces’ position.

The reshuffle is contained in a radio message sent by the commander in Chief President Yoweri Museveni on Monday night.
Special Forces Commander Maj Gen Muhoozi Kainerugaba has been appointed Special Presidential Advisor in charge of operations.

Muhoozi’s deputy, Lt Col Don Nabaasa has been promoted to Colonel and appointed acting Commander Special Forces Commander.
Deputy CDF Lt Gen Charles Angina takes over as Deputy commander Operation Wealth Creation, in what is seen as a demotion.
Brigadier Peter Elwelu who is now at the rank of Major General shifts from Mbarara where he has been serving as 2nd Division commander to take charge of Land Forces.