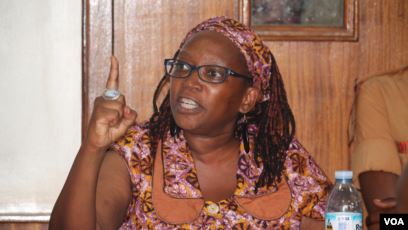 KAMPALA:  The controversial Makerere University don and researcher Dr. Stella Nyanzi, through her lawyer Isaac Ssemakadde, has asked High Court Judge Lydia Mugambe to fine the University for Contempt of its tribunal directives when it failed to pay her salary arrears in addition to granting her permission to work again.

Nyanzi who is in the bad books of the state and has spent months in Luzira Prison,  sued the university in 2018, seeking payment of her salary in accordance to orders of the University Staff and Appeals Tribunal.  Nyanzi was sacked from the university on February 7 this year following her suspension in 2016.

The Tribunal last year ruled that Nyanzi’s supsension was illegal in relation to article 63(2) of the Employment Act, 2006, which stipulates that an employee cannot be suspended for more than three weeks.

Ssemakadde argued that Nyanzi was earning Shs 250 million annually through research and that the university would take10 percent of the grants. Her counsel said Shs 1billion compensation was an appropriate figure to compensate her.

However, the university’s legal officer Hudson Musoke informed court that Nyanzi’s contract had expired and there was no need for her to be reinstatement. Musoke added that Nyanzi’s case should be dismissed on grounds that it lacks merit.

Judge Mugambe adjourned the case until October 16 when she is expected to deliver her final judgment.

After the court session, the smiling Nyanzi was spotted going back to Luzira where she has been remanded since November last year over offensive communication and cyber harassment.

Uganda on alert as child dies of Ebola virus
Kadaga warns MP Munyagwa on fresh audit of Bank of Uganda, says is illegal