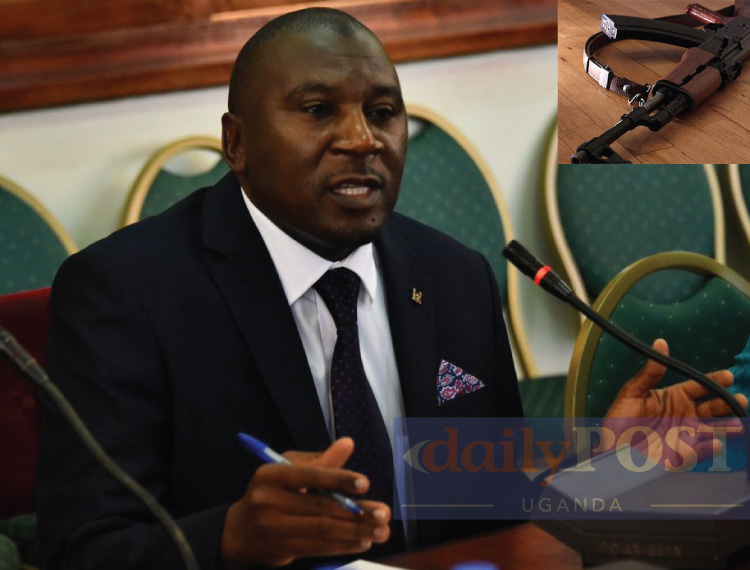 KAMPALA – Police is investigating circumstances under which a daytime female police guard at the residence of High court judge, Musa Sekaana shot dead the judge’s driver in what is believed to have been a case of love gone sour.

Ismail Mayiga, was allegedly shot in the stomach by police constable, Daisy Nagasha who is attached to the Very Important Persons Police Unit (VIPPU) at about 7am, shortly after he reported for duty at the judge’s residence in Muyenga-Bukasa in Kampala.

According to the senior communications officer, Solomon Muyita, the driver was pronounced dead upon arrival at the International Hospital Kampala (IHK) where he had been rushed for medical attention. Preliminary police findings show that Mayega was shot at close range.

However, Police spokesman, Emilian Kayima, disputed allegations of premeditated murder saying the gunshot was accidental. Kayima also confirmed the incident adding that Nagasha immediately handed herself to the police.

In her statement recorded at Bukasa police station, Nagasha explains that when Mayega arrived at the gate, he greeted her and they started joking about how her gun functions.

She explained that Mayega touched the muzzle of the AK-47 riffle she was holding and said it wasn’t working.

Unfortunately there was a bullet in the chamber and the safe open, letting off the bullet when she accidentally pulled the trigger.

The Kampala Metropolitan police spokesperson, Luke Owoyesigyire has confirmed the incident, saying they are investigating circumstances under which the driver was shot dead.

“Our teams have visited the scene, recovered the gun and body taken to mulago for postmortem. Investigations into the matter are ongoing,” Owoyeigyire said.