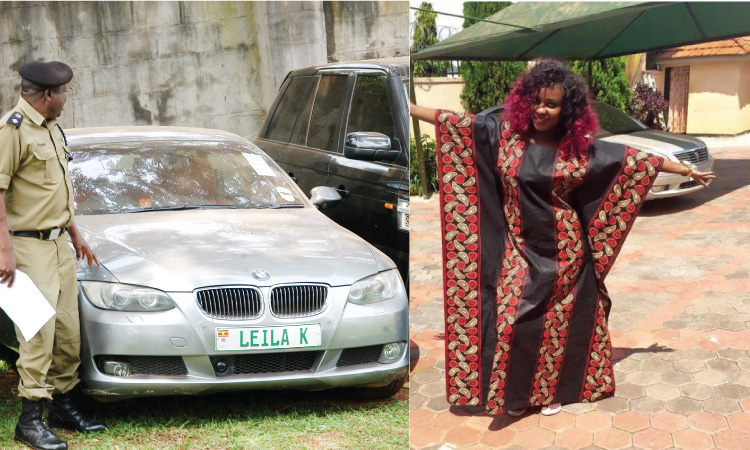 After losing out on her man SK Mbuga, musician Leila Kayondo lost out her car too to Interpol in July this year.

It was alleged that the car had been among those stolen from Europe and shipped into Africa, Uganda in particular.

However, it was later found that the car had been got through proper channels and the global policing body has finally surrendered the car to the ‘Binyuma’ singer.

Reacting to the release of the luxurious BMW car, which was bought for her by her ex, SK Mbuga,  she said the car had been tampered with during one of her times at the garage where some parts were replaced with alien spares. It was this mismatch in the serial numbers of the parts that caused suspicion thus impounding it.