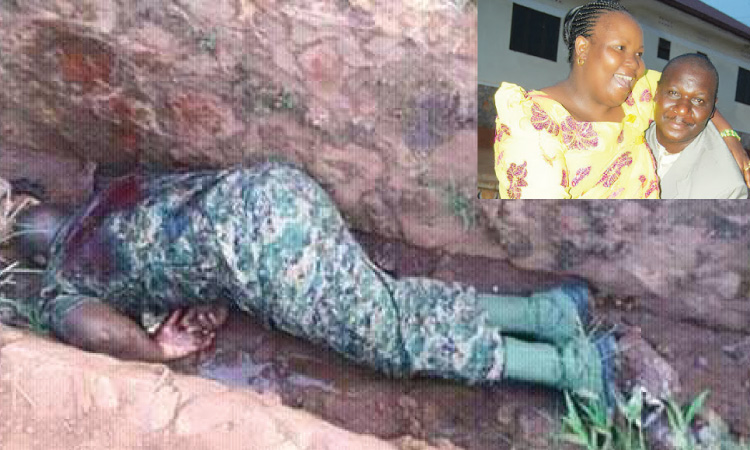 Maj Suleiman Kiggundu, has been a witness in a murder case of Muslim clerics against Tabliq leader Sheikh Muhammad Yunus Kamoga.

The late Kiggundu is also one of the former ADF rebels who were granted asylum by the regime to surrender with the late Hassan Kirya, Sheikh Yunus Kamoga the Tabliqs leader who is in prison now among others. He decided to join UPDF and his colleagues remained as sheikhs at Nakasero and other Tabliqs mosques in the country.

Major kigundu continued doing the work of a sheikh where he preached at some Juma prayers, at Nakasero mosque.

Later when the Tabliqs got conflicts Major Kiggundu and some other sheiks like Mustapha Bahiga and others took refuge at Kibuli under Prince Kassim Nakibinge, opposing sheikh Kamoga’s leadership as the Amirul Ummah and that is when shooting of Muslim sheikhs intensified.

Witnesses said two motorcycles followed the major’s vehicle and on reaching Masanafu trading center, the motorcyclists began shooting at around 6am.

“They shot the back left tyre and the car skidded off the road into the trench,” the witness said.

He was the husband to popular traditional healer Sylvia Namutebi aka Maama Fina.

Major Kiggundu’s body was taken to Mulago Hospital City Mortuary for postmortem and the Funeral prayer to be held at Kibuli Mosque in the afternoon.
He will be laid to rest at Nkoowe cemetery today at exactly 4:00pm.
RIP

PANAMERA MURDER: DPP lines up 10 witnesses to testify against Desh
Akena Murder: Kanyamunyu brothers and lover sent back to Luzira