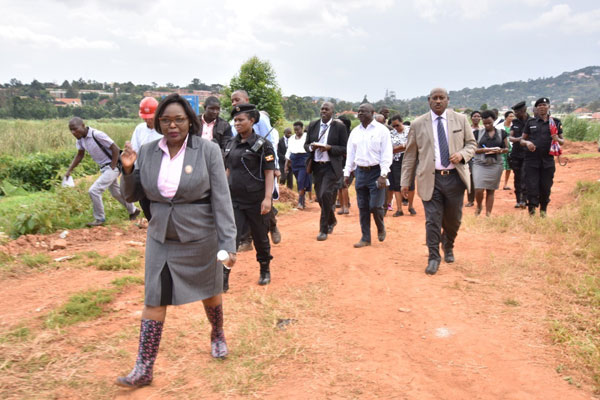 KAMPALA – Authorities at the ongoing Commission of Inquiry into Land Matters have arrested a man attached to the probe on suspicion that he leaked vital information to private individuals and government officials under investigation.
This website understands that one of the Information Technology (IT) experts attached to the commission, was arrested this week on the orders of Justice Catherine Bamugemereire.

Mr Wilfred Nsubuga was arrested following a spate of complaints, linking him to leakages.
Sources told Sunday Monitor that the man was picked from his office by police detectives attached to the Justice Bamugemereire-led commission.

The suspect was designated to the commission as a document specialist attached to the IT section.
It is alleged that sensitive information about the ongoing investigations in cases involving high profile officials of government and private individuals involved in land disputes have on several occasions leaked before they are even summoned to appear.

Dr Douglas Singiza, the commission secretary, on Thursday confirmed the man’s arrest. He, however, declined to divulge the details of the leaked information for fear of jeopardising investigations.
“We are still investigating and we shall furnish you with the information once it is ready for the public,” Dr Singiza said.