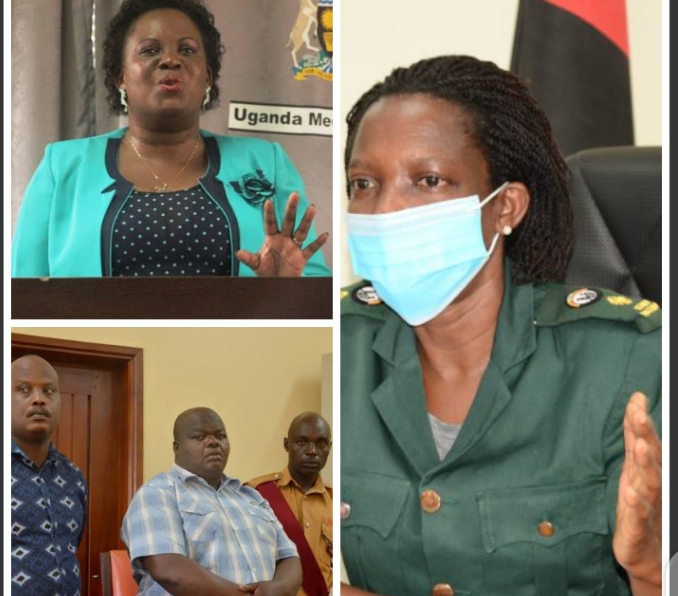 KAMPALA: Agnes Nambatya, not real name, is a 24-year old girl who does not want to hear about the name- Middle East Consultants Limited. This is after the company failed to get her a job in Saudi Arabia as a housemaid, even after she paid three million shillings. “My father sold a piece of land in the village to raise that money yet Middle East Consultants just ate it without getting me a job in Saudi Arabia as promised,” she said miserably.

Agnes is just one of other Ugandan girls that have lost money to the then cheating labour export company. ‘’I paid Middle East Consultants all the money they required from me for a job in Dubai but the company has never gotten me the job,”Faridah Musimenta, not real name, cries.

The cries of such girls have become a matter of public concern to the extent that it forced the 10th Parliament to debate the matter and task the responsible ministry to come up with a comprehensive report on labour export in Uganda but also called for stringent measures to address scandals in the industry. Parliament was also forced to act as reports Ugandan girls dying in the Middle East dominated the mainstream media and social media, with the huge blame put on some of the labour export companies in the country.

Now under the newly appointed minister Betty Amongi, The Ministry of Gender Labour and Social Development (MGLSD), is implementing the measures to punish bad companies and the ministry is currently in the news for recently taking a harsh but patriotic decision to ban the notorious labour export company Middle East Consultants (suspended for second time) and a few others like Al Saud Agency, Forbes Enterprises and Sahara Recruitment Agencies from the lucrative business.

Interestingly, Gordon Mugyenyi, the Managing Director, Middle East Consultants, while responding to suspension of his company’s licence, was unapologetic, questioning why the Ministry of Internal Affairs was involved in shutting the company down.

Before being banned, Middle East Consultants, one of the first companies in Uganda to export labour to the Arab world, had been notorious for conning Ugandans of their hard-earned money on the pretext of getting them jobs abroad. Some of the affected companies were involved in human trafficking, even though this illegal practice goes against the Constitution of Uganda as well international laws as stipulated by the United Nations and other global organisations and conventions whose activities touch on human rights.

Not so long ago, Middle East Consultants directors were arrested on charges of obtaining money from Ugandans yet the company could not get its clients the jobs it promised. Some clients had waited for years even though the company directors kept on telling them lies on top of threatening those that tried to have the company refund their monies so as to put it to other use. 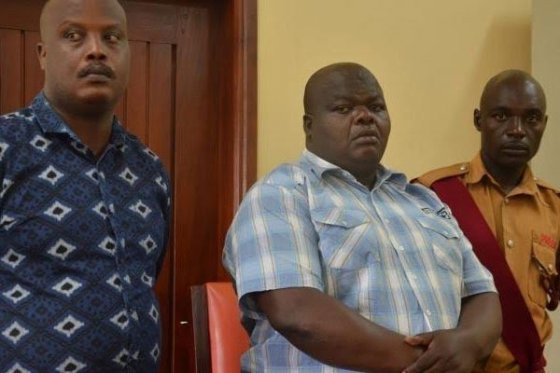 Though the above denied the charges then, Prosecution alleged that on February 12, 2019, both Kunywana and Kyalimpa, between Kampala and Entebbe international airport tried to traffick 50 people out of the country contrary to Prevention of Trafficking in Persons Act 2009. The managers were also charged with forgery of documents and signatures from the ministry of Gender Labour and Social Development contrary to Section 349 of the Penal Code.

The accused were said to have forged signatures of Lawrence Egulu, an officer in the ministry of Gender Labour and Social Development to enable 50 people to travel out of the country. The State House Anti-corruption unit had arrested the two managers on August 20, 2019, for forging documents of the ministry of Gender and trying to traffic 50 people to the Middle East.

Further, in February 2018, a group of nurses, midwives and other medical workers threatened to sue Middle East Consultants for allegedly taking money from them and not delivering the agreed service of getting them jobs in Benghazi, Libya.

In letter dated January 21st, 2020, the Ministry  re-instated and allowed the company to freely carry out its duties.

“Reference is made to your letter Re: MC/GEN/20/CN dated 16th January 2020 and the meeting that was held on the 20th January 2020 at the Ministry attended by Middle East Consultants, the representatives of the complainants and officials of the Ministry, further reference is made to the Memorandum of Understanding dated 21st January 2020 between Middle East Consultants Ltd and the complainants. The Administration has considered the appeal against the suspension of the company’s license and accordingly lifted the same,” reads part of the letter.

The letter further read, “The purpose of this letter therefore is to inform you that suspension of your company’s license has been lifted with effect from the date of issue of this letter. You are further urged to remain compliant at all times with the Regulations and Guidelines on labor externalization.”

Banning of Middle East Consultants and others long overdue

The banning of the affected companies was long overdue, according to some Ugandans who were hurt by the same companies, as the bad practices were tainting the good image of the labour export industry in Uganda. “I appreciate the Ministry of Gender for revoking the licences of Middle East Consultants and others who were cheating the public and doing human trafficking,” said a lady whose daughter was duped by one of the banned labour export companies.

Another Ugandan, whose daughter had her money fleeced by Middle East Consultants after responding to the company’s advertisements on one of the local television stations, said the ministry’s bold move to revoke licences from the affected companies should serve as a warning to others that are not following the established guidelines on Uganda’s labour export.

“There are companies that take our children abroad for jobs without giving them clear contracts. Others just fly the girls out of the country without getting them employers. These are the girls that end up working as slaves but also die from there due to mistreatment,” a father whose daughter just returned from one of the Arab countries with the help of the Ugandan government said.

The gender ministry alongside other stakeholders started on the process of streamlining labour export and wiping out bad companies that don’t adhere to the law. The Ugandan public has welcomed the banning of Middle East Consultants as an important step forward, given the suffering the company has inflicted on people.

The ministry, on its online platform has a list of companies licenced to export labour out of Uganda, even though there are those companies and individuals not known to the ministry that also export labour especially through neighbouring countries like Kenya.

Additionally, very few Ugandan families access the ministry’s website, meaning that majority depend on the mercy of companies as they struggle to get their children jobs abroad. Ugandans suffering most are those from rural settings.

According to Uganda Association of External Recruitment Agencies (UAERA), over 200 member companies are involved in labour export.

The situation is made worse by the fact some of the scandalous companies in the labour export industry are owned by close relatives and friends of big shots within the security agencies, which makes it hard to apprehend such companies.

“We sometimes receive telephone calls telling us not to interfere with the activities of certain companies connected to officials in government security agencies and Statehouse,” an official from the Gender ministry told this news website, later noting that ‘threats accompany such telephone calls.”

However, not all is lost. There are a few labour export companies that are doing a good job. For instance, Premier Recruitment Limited, which is part of the Ruparelia Group of Companies. The company that only started recently has taken the Ugandan labour export industry by storm as it follows labour export guidelines.

“For us we follow government guidelines as we get Ugandan girls jobs in Saudi Arabia. We also don’t promise what we can’t deliver. We understand that Uganda faces the challenge of unemployment among the youth and therefore we cannot cheat them when they have come to us for jobs abroad,”a top executive at Premier Recruitment Limited told this website, adding that transparency is needed.

Uganda has one of the highest population growth rates globally with more than 78% of its population below 30 years. This is the productive age of many people but while the labour force is increasing with each passing year, the labour market is actually shrinking rendering it incapable of accommodating the 500,000 young Ugandans that join the labour market annually. This makes labour export the most feasible alternative way out of this unemployment conundrum.

The labour export industry has become an important part of Uganda’s economy as it contributes to the country via taxes, employment in and outside the country and annual remittances of about USD700 million back home.

The labour export companies in Uganda by October 2020, sent over 16,500 to the Middle East as well as employing about 4000 workers domestically before the COVID -19 pandemic set in.

For this reasons, experts say the industry needs to be put right more so to attract investors and labour demand from abroad. UAERA officials we talked to say members of the association are supposed to adhere to set ethical standards and professionalism as government keeps on monitoring the industry, a process that will see more heads fall for practicing fraud and human trafficking.

In a phone interview with Rajiv Ruparelia, a Director at Premier recruitment LTD, he explained to Dailypost Uganda that “the Uganda labour externalisation industry is a vital source of livelihood for both the employees and their families and a major pillar of the economy that ought to be protected by all stakeholders and fake elements taken out”. 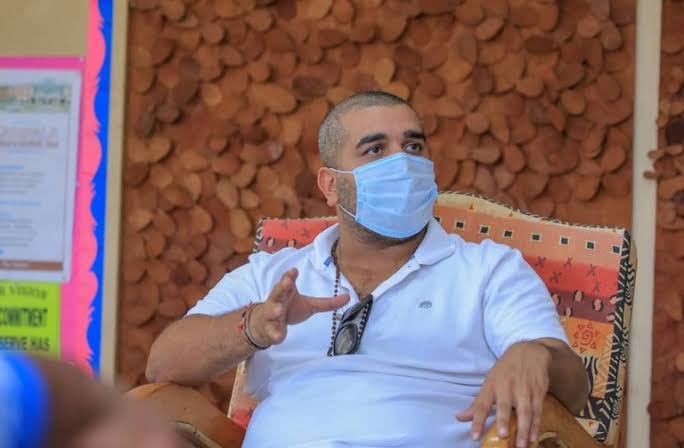 He added, that “government should impose obligations on the recruitment agencies and foreign principles as well as providing for the repatriation of Ugandan migrant workers by empowering the Minister or Uganda missions abroad to enter into bilateral labour agreements with qualifying countries and for related matters” Rajiv said.