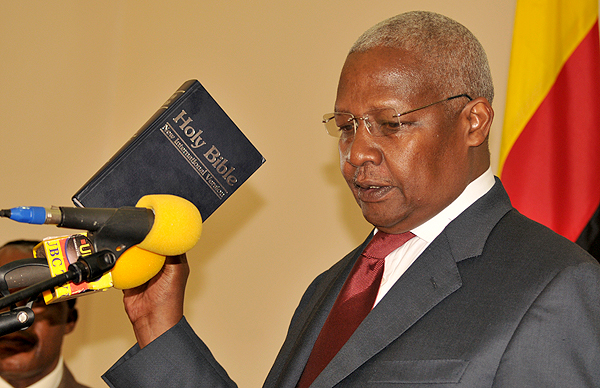 Foreign affairs minister Sam Kuteesa is on the verge of losing his t seat for missing 15 consecutive parliamentary meetings without any reason.

Kuteesa is a Member of Parliament for Mawogola County in Sembabule district and a former UN president in the year 2014-15.

It is alleged that no one not even the speaker knows why he is not attending parliamentary meetings.

The Dokolo county Member of Parliament Felix Ogong raised the concern in yesterday’s parliamentary meeting saying it is not in order for a cabinet minister to miss all those plenary sessions without informing parliament.

“I don’t know whether he takes the ministry or this parliament seriously, our rules are very clear, if a minister of an MP does not attend parliament for 15 sittings, that member has to be dealt with,” Ogong said.

It is remembered that in the 9th parliament, two members including Gen. David Sejusa lost their seats on similar grounds.

The then Bubulo West MP Tony Nsubuga Kipoi and the UPDF MP Gen. David  Sejuga lost their seats for having missed15 sitting without clear reasons explaining their absence.

It is the work of the Rules, Privileges and Discipline committee to follow the matter up and identify why Kuteesa is missing the sittings.

He is more likely to be ejected if he does not defend himself well on why he is adamantly missing parliamentary sittings.