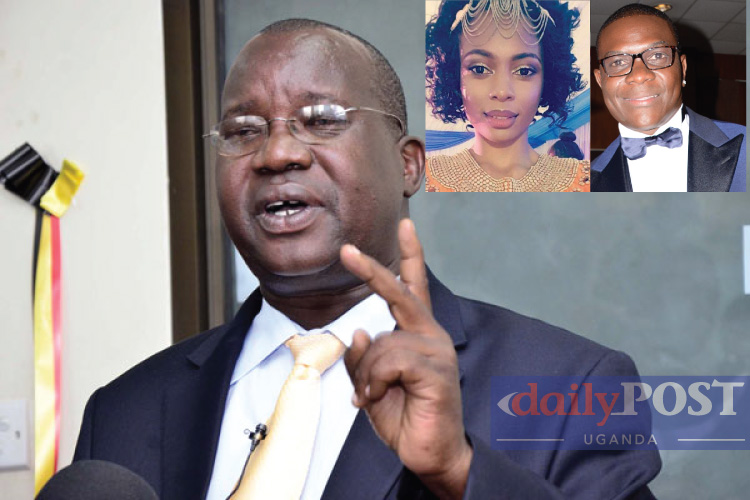 Mr Jack Pemba is on the run after Ethics minister Simon Lokodo issuing an arrest warrant for the city socialite for allegedly leaking a sex tape he’s reportedly involved in.

Mr Lokodo on Wednesday said a joint investigation between his ministry and Uganda Communications Commission (UCC) revealed that Pemba authored the video with one Honey Suleman (according her social media profile) but cropped himself out.
“Jack Pemba is the author of the video that has been making rounds on social media. The anti-pornography committee and UCC have established that it was Jack Pemba,” he said.

This comes after a public outcry criticizing Fr Lokodo for just barking and not biting like his counterpart in the neighboring Tanzania who a few weeks back arrested a top music maestro Diamond Platnumz for leaking improper sex videos onto social media.

On April 24, the Tanzanian born socialite allegedly released on social media, a video clip of him having sex with Suleman.

However, Mr Lokodo said he was looking for both Pemba and Suleman.

“Jack Pemba and the lady in the video are currently at large,” Mr Lokodo said, adding that they will be arrested anytime.

Mr Lokodo further noted that he had been informed that Pemba, who is currently battling another court case of Shs1.1 billion debt filed by businessman Godfrey Kirumira, fled to Congo.
He also warned that the telecom companies which supply internet will be penalized if they continue allowing such videos on their networks.

“We intend to have a meeting with UCC, Police, NITA and intelligence to come out with a affirmative action to be able to know who uploads and watches these dirty things,” Mr Lokodo said.
Last week, the embattled socialite denied recording any sex tape.
“I want to say in the strongest terms that I am not the person in the video that is going around,” Pemba said.

He also dismissed the Facebook post of a certain “Jack Pemba” apologizing for the video saying he has no accounts on any social media platforms.
“I also want to say that I did not make any apology on Facebook as that is a fake account operated by impostors. I repeat – the Facebook account is fake and I am not the person in the sex video,” Pemba said.

Suleman whose face appears in the video, confirmed that the man she was making love to in the video was Jack Pemba. However, the face of the man in the video is not shown and neither is his voice heard.