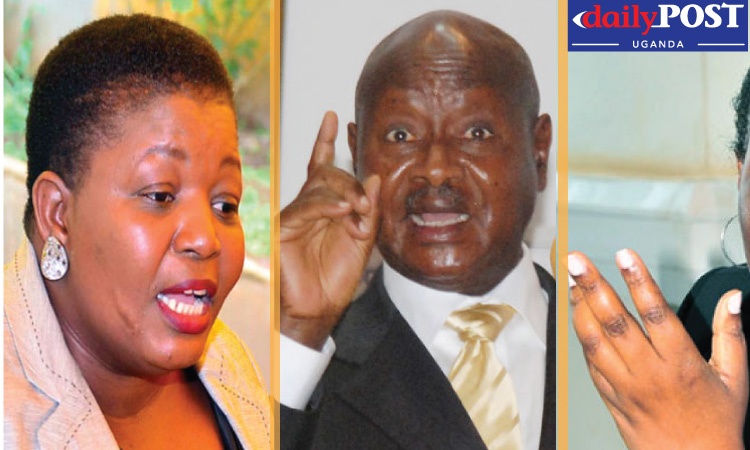 KAMPALA: The NRM Secretary General Kasule Lumumba has said President Museveni should meet the Inspector General of Government to find out what challenges the Inspectorate faces in fighting corruption instead of appointing a parallel unit to do the same work.

Lumumba told journalists at the party headquarters in Kampala that the Secretariat has a different view on the effectiveness of this new unit.

Ms Justine Kasule Lumumba, the Secretary General of the ruling NRM party said the President should strengthen the IGG office by allocating it more funding instead of creating a parallel unit to fight corruption.

She said as the secretary general of the ruling party, she has the mandate to say no to whatever she deems is not being done right in government.
“The President can create that unit against corruption but he still needs to strengthen the IGG because it is the one with powers to prosecute corrupt officials. If it is an issue with the law, let it be amended and if it is an issue with the personnel, let the President appoint others because there are many Ugandans willing to fight corruption in this country,” Ms Lumumba said.
She also warned that the President’s creation of parallel units to the established offices will render the official government ministries, departments and agencies irrelevant.
“If every ministry will have an alternative unit in State House, will he then close the ministries? Personally, the IGG is doing a good work and I think they have challenges that need to be addressed. The President should hear her out. I do not support the President putting up a parallel structure because it will hinder her work,” Ms Lumumba said.

However, in an interview yesterday evening, Ms Mulyagonja said the President’s public spat against her would not deter her from executing her mandate.
“Why would I resign? We serve the nation and if the Head of State alone is not happy and goes public, the rest are happy. In such a situation my work is to give information and the information is that though we are posted by the President, we report to parliament. Parliament is happy with my reports and they know our challenges,” Ms Mulyagonja said.
She admitted some of her staff are not credible but said those against whom complaints have been reported have been subjected to the internal investigation and disciplinary process.
The IGG said in the remaining two years of her contract, she will intensify fighting corruption, especially to recover stolen money and assets from corrupt government officials.
Justice Mulyagonja said she recovered Shs2b from government thieves in 2015/16 financial year and Shs1.6b in 2016/2017.
She said she also saved government from a loss of Shs76b by launching investigations into reported corruption cases over the same period.
The IGG pledged technical support to the new anti-corruption unit if necessary.
She said its appointment will relieve her of the tripartite burden of fighting corruption, being Ombudsman and implementing the Leadership Code.