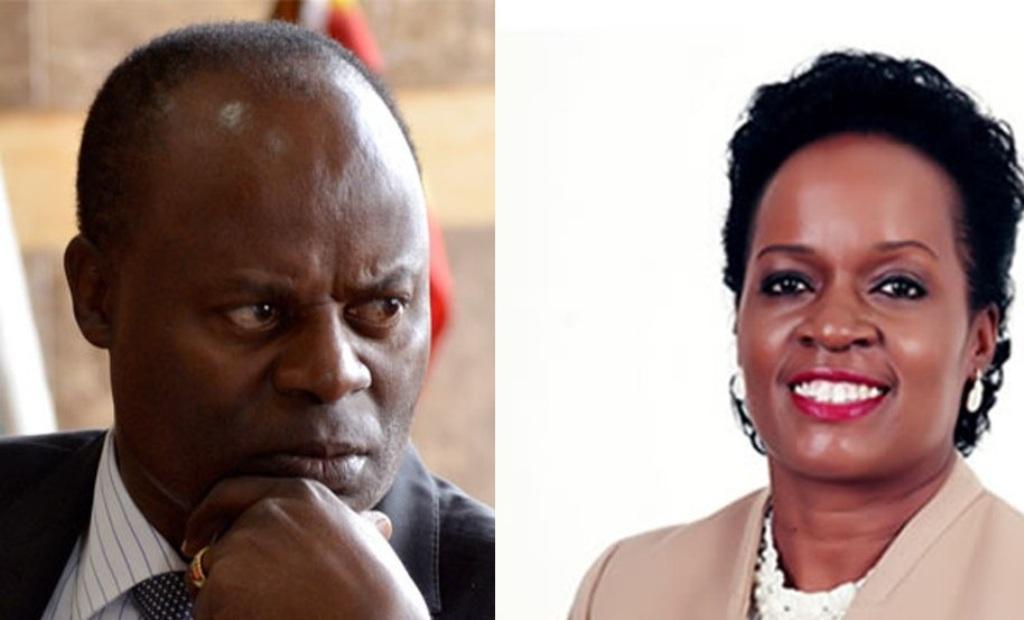 KAMAPALA – Leaked bank documents show that the wife of the Bank of Uganda (BoU) Deputy Governor, Louis Kasekende, Edith transacts billions of shillings on her bank accounts and investigators are interested in finding out the sources of that money.
Her husband and host of other top officials at BoU are under investigation for their wealth.

Edith runs an Easy Go account at Stanchart Bank number 0100111660500, which is used to transact hundreds of millions of shillings.

However, investigator are working to trace the source of this money which is transacted through her account, because she is not known to own any business venture that can accrue several millions of shillings within a short period of time.

A source at the Bank says Edith receives questionable deposits of Shs1.6 billion from BoU which she pays back after making a profit. A source says Edith and other people, including her husband Kasekende could be using BoU’s liquid cash to boost their daily businesses and then send back the money back before it is detected.

The sources also say Edith received Shs1.7 billion from China Railway Seven CRSG Company and Shs394 million from Arnold Masembe, which is suspected to be payment from BoU lawyers.”

Her bank statement indicates that between January 5, 2017 and May 17, 2018, she received another Shs6447 million from an unknown source and Shs421 million from Bank of Uganda. Between the same dates she deposited Shs415 million and Shs383 million respectively, and another Shs120 million and Shs394 million, even though the source of this money remains unknown.

The sources at the Inspectorate of Government went on to reveal that: “There are large sums of cash deposits from unknown people, yet her property, as declared by the deputy governor BoU doesn’t match up to her bank transaction.” It is suspected Edith could be receiving hundreds of millions of shillings each year through or from questionable sources, reason why she has become a point of interest for investigators into the alleged multibillion fraud that is being perpetrated by officials at BoU.