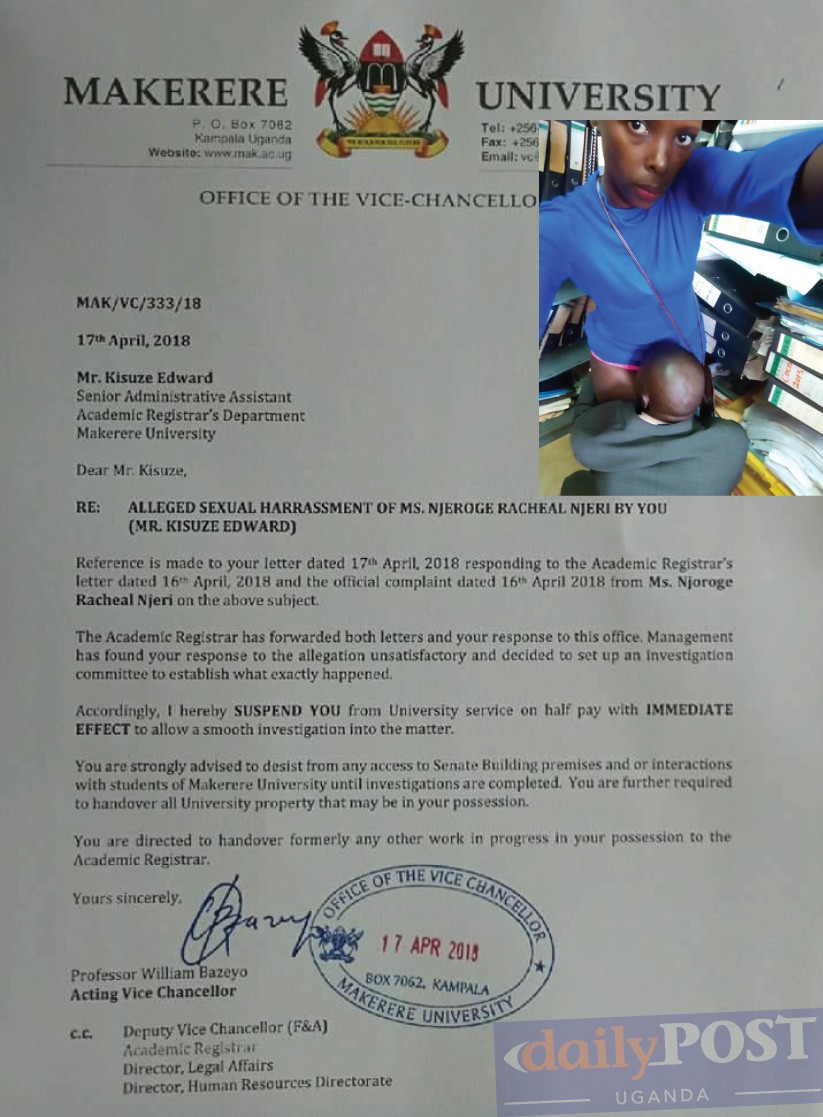 A Makerere University official Edward Kisuze has been suspended by the university following allegations that he forced a Kenyan woman Njoroge Racheal Njeri, into sex, an activity that was done in office.

The suspension of Mr Kisuze was affected by Acting Vice Chancellor Prof. William Bazeyo who on April 17, 2018 informed Mr. Kisuze that the university had decided to investigate Kisuze for allegedly harassing the woman sexually in his office.

“I hereby suspend you from university service on half pay with immediate effect to allow a smooth investigation into the matter,” wrote Prof. Bazeyo.

Prof. Bazeyo has warned MR Kisuze not to appear anywhere near the university’s Senate Building which houses the office where he is alleged to have committed the crime against a former student who had come to pick her academic papers. He has also been warned against speaking to students till investigations are completed.

In photos posted, the ‘lecturer is seen ‘licking’ Njeri, while the girl is taking a ‘selfie’, allegedly as proof of the sexual harassment.

This is not the first time a staff at the famous university has been accused of sexual harassment. Cases of sexual harassment have previously emerged at Makerere, with many being categorized as ‘sex for marks’, mostly in respect to the female students.

Ms Njoroge yesterday wrote to the university administration accusing the Kisuze of invading her private parts.

Dr Obuku survives death after brutal attack at his residence
Police rescues baby Chelsea Tezanya who was kidnapped by maid.