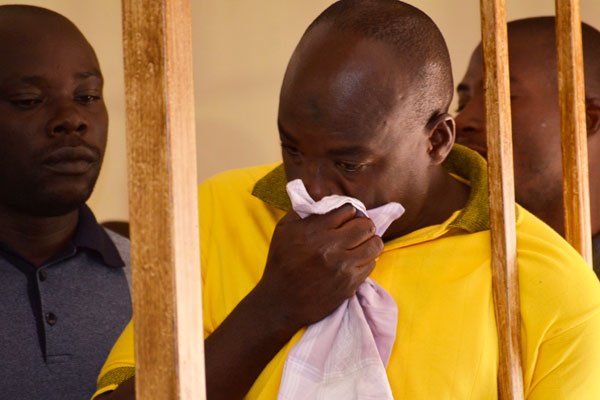 KAMPALA: The patron of the once notorious gang group Boda-Boda 2010 Abdallah Kitatta and his bodyguard Ngobi Sowali have been found guilty of unlawful possession of firearms by the Military Court Martial in Makindye. The two convicts will be sentenced tomorrow Tuesday and could serve jail for over 10 years.

Appearing before general Court martial, chaired by Lt Gen Andrew Guti, Kitatta and his body guard Sowali Ngobi were found guilty of unlawful possession of firemas contrary to Section 3 of the Fire Arms Act. Their co- accused were acquitted of all charges that were brought against them.

The conviction of Kitatta is based on information obtained from 15 witnesses against Kitatta and other suspects.

The witnesses included; Sargent Allan Matsiko, one of Kitatta’s bodyguards, Private Kenneth Okello who was reportedly in charge of the Armory where the said guns were obtained and the Manager of Vine Hotel where Kitatta was allegedly nabbed from.

The two are scheduled to be sentenced later in the day.

The accused were in January 2017, arrested by a joint force of Uganda People’s Defence Forces (UPDF) and Internal Security Organization (ISO) and is currently facing five counts including failure to protect war material and being in unlawful possession of military stores contrary to the UPDF Act.