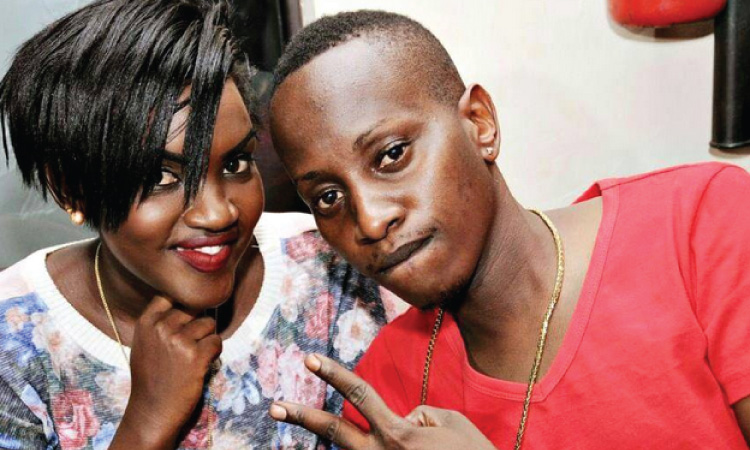 We all know about MC Kats’ beating by Fille a few weeks back, however, that was a pinch of what was going on behind the curtains.

We have reliably learnt that prior to the fight, Fille had already left their home in Kiwatule. In fact, by the time of the fight, she had spent five months away from home.

According to a close friend to the two, Fille has been dating a rich guy only identified as Anda, a resident of Buziga. We were told that Anda even impregnated her and when Kats got to know about it, he threatened to throw her out of their home. The pregnancy was aborted and life moved on.

However, Fille continued with her other ‘talent’ of cheating on Kats, dating several other men among which included singer, Weasel. Soon she stopped coming home and it’s five months now.

At this moment, Kats felt all was over between the two, a reason why he went to her family’s home to speak to her parents about her unbecoming behaviour. It should be remembered that Kats had officially visited Fille’s parents in Busega last year where he took several gifts among as things for the parents – one of the cultural requirements for marriage.

But on getting at her home, Fille and her cousins got rowdy and beat up Kats, something that didn’t go down well with her parents too. They are angry with her. At the moment she neither stays at Kats’ home nor her home. She is staying in Ntinda where she has often been seen being dropped by Weasel.

Meanwhile, her daughter, who turns out to be her own child with Kats is staying with Fille’s parents. She abandoned the child at their home then returned to Kampala to enjoy life as she is often seen hoping from bar to bar with different men.