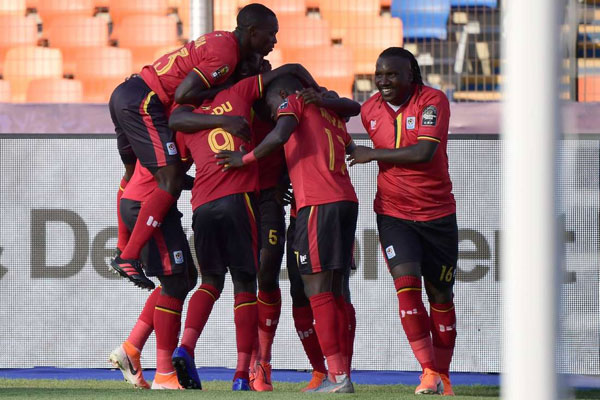 CAIRO: The Democratic Republic of Congo (DRC) football team (The Leopards) have apologised to their fellow Congolese for losing their opening game of the Africa Cup of Nations to underrated Uganda on Saturday.

Both skipper Youssouf Mulumbu, who did not play in the 2-0 defeat, and Chancel Mbemba, who wore the captain’s armband in the game, said sorry in a recorded message that was distributed on Twitter (@Leopard Leader Foot).

“We come to you, simply to apologise. It’s true that it’s difficult, but we have to,” said Mulumbu.

“We need unity and it’s true that today we let you down. I hope it’s a good lesson for us. We still have two games to play, we need your support and we will correct the situation very quickly.

“Today, we made a big mistake, I know it’s humiliating for the 90-million Congolese. That’s why we come back to you with sincerity and with hand on heart to apologise.”

Mbemba also expressed the same sentiments in his brief statement.

The Congolese conceded both goals at set pieces — first from a corner and then a free kick as Patrick Kaddu and Emmanuel Okwi scored in Uganda’s first win at the finals for more than 40 years.

It has since emerged that the Congolese had to cancel their last training session on the eve of Saturday’s match because squad members were forced to undertake medical checks at a Cairo hospital as the country’s football federation had not supplied the required health certificates to tournament organisers.

They now face an uphill battle to advance past the first round. They will face hosts Egypt on Wednesday before taking on Zimbabwe next Sunday in their last Group A game.