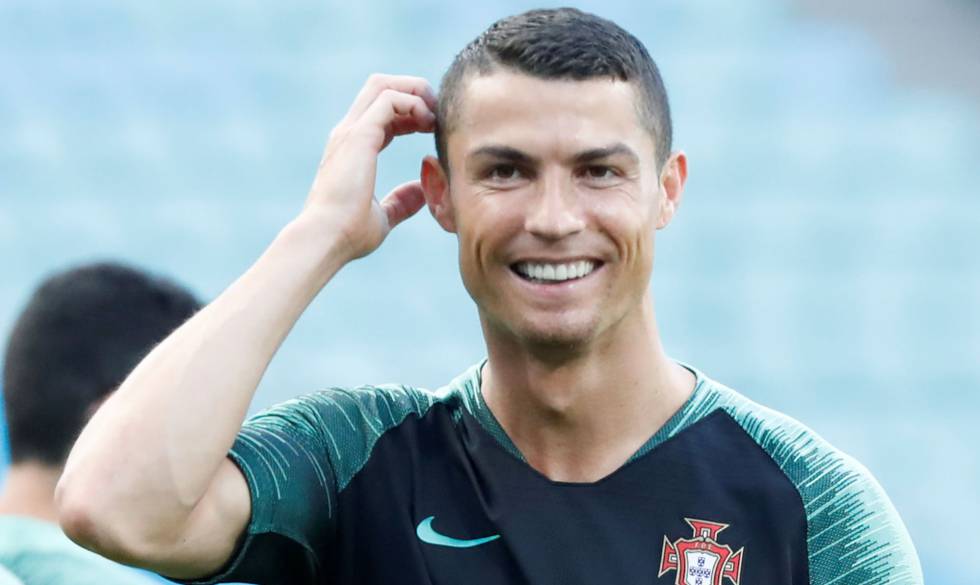 AGENCIES: Football star Cristiano Ronaldo is rumoured to be the new owner of the one-off Bugatti La Voiture Noire – said to be the most expensive car ever built. It is worth 11m Euros.

Reports suggest Ronaldo, who is thought to earn around £26m per year, has spent an eye-watering £9.49m on the unique Bugatti, which was first presented to the world at the Geneva Motor Show 2019.

The French luxury company built only one of the prototype supercar and it is a tribute to 110th anniversary of the founding of the company.

The car is a modern interpretation of the mythical and legendary Bugatti Type 57 SC Atlantic, four of which were built between 1936 and 1938.

The car has six exhaust pipes and illuminated lettering.

Bugatti have confirmed the one-off model now has an owner and reports suggest everything points to it being Ronaldo.

But he will not be able to drive the car until 2021 as the company still needs to finalise some small details on the prototype, according to reports.

This is not the first time Ronaldo has decided to splash out on a supercar. He is known to be a huge fan of collecting expensive cars, and owns a fleet of luxury vehicles which reportedly include a Lamborghini Aventator, a Mercedes Clase C Sport Coupe, a Rolls-Royce Phantom, a Ujn Ferrari 599 GTO, a Lamborghini Aventador LP700-4, an Aston Martin DB9, a McLaren MP4 12C and a Bentley Continental GTC Speed.

Ronaldo has helped inspire Juventus to their ninth Serie A title in a row this season, with the 34-year-old scoring 20 goals in 27 appearances in the league and creating eight assists.

He was, however, unable to prevent Juve slumping to a shock Champions League quarter-final loss to Ajax, and will no doubt be determined to do better next season, with the Italian champions desperate to add to their solitary Champions League title in 1996.