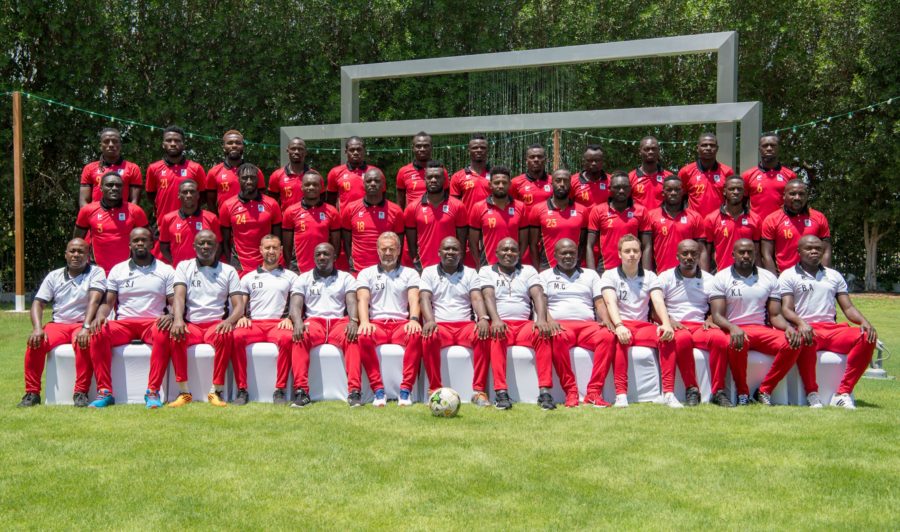 KAMPALA: Uganda Cranes football team and officials have today left Abu Dhabi where they have been training for Egypt, ahead of the Africa Cup of Nations that kicks off on 21st June.

The delegation is being led by the FUFA President Eng. Moses Magogo.

The Cranes played two build-up games. The first was a goal-less draw against Turkmenistan at the New York University Stadium and a 1-0 win over Ivory Coast, Farouk Miya scoring the lone strike via a well taken kick from the penalty spot.

The team is expected to arrive at Cairo International Airport at 7:30 PM and will be received by CAF officials as well as the FUFA Advance party that left the country on Saturday, 15th June 2019.

The FUFA advance party was led by the third Vice President, Florence Nakiwala Kiyingi with two Executive Committee members Hamid Juma and Hajji Abdul Ssekabira as well as the FUFA Finance Director Decolas Kiiza. They will also be at the airport to welcome the team.

Uganda will face DR Congo on Saturday, 22nd June 2019 in the first game at Cairo International Stadium. On 26th, they will take on Zimbabwe before winding up with the hosts Egypt on 30th June 2019.