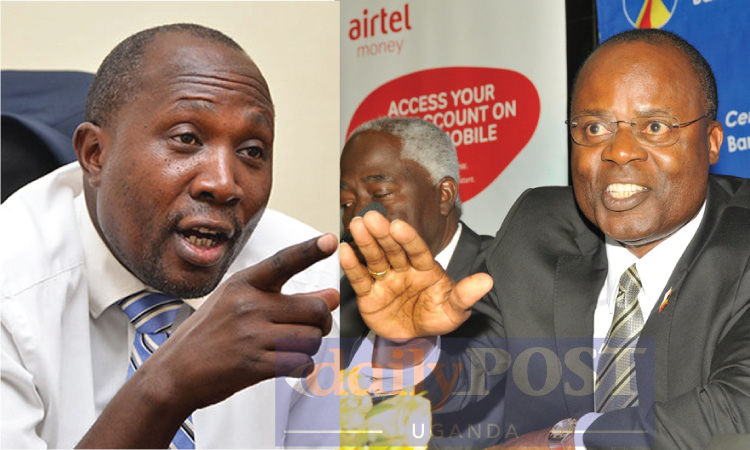 Bank of Uganda Deputy Governor Dr Louis Kasekende is in the spotlight over his attempts to block a forensic audit by the Auditor General into the operations of the Central Bank and its role in the closure of the defunct Crane bank Ltd.

Led by Hon Nandala Mafabi, Members of Parliament opposed Kasekende’s move following his detailed missive to the Attorney General on April 19, 2018, protesting an investigative audit by the Auditor General on the resolution process of Crane Bank Ltd (in receivership) on grounds that such an inquiry offends the subjudice rule.

The Solicitor General, Mr Francis Atoke then wrote back to the BoU Governor on May 2 ordering the bank not to cooperate with either the Auditor General or Parliament regarding an investigation into the sale of Crane Bank on grounds that any such inquiry would offend the subjudice rule.

But Budadiri West MP Nandala Mafabi, the lead petitioner for an audit into BoU, yesterday said Mr Kasekende was attempting to shield a “mafia” at the Central Bank and insisted the Auditor General must be given freedom to audit the bank.

“Those are the mafias hiding what they have been stealing. In Tanzania, Bank of Tanzania was audited by the Auditor General and grand theft was discovered. I am certain that there is more plunder at BoU. It should account for all the closed banks,” Mr Mafabi said.

He said the forensic audit should focus on the conduct of Ms Justine Bagyenda, the former director of commercial banks supervision at the bank and other officials who were charged with the responsibility of carrying out routine supervision of Crane Bank.
The Shadow Attorney General, Mr Wilfred Niwagaba [Ndorwa East], said the Rules of Procedure give the discretion of interpreting whether an inquiry amounts to subjudice only to the Speaker and not a potential witness before a parliamentary inquiry.

Mr Niwagaba said BoU cannot stop such an inquiry if the Speaker rules that it does not offend the law on subjudice.
“It is the Speaker to decide that this matter is subjudice or not. The essence of the subjudice rule is not to prejudice a matter that is pending in court. Parliament is talking about an investigation to do with a forensic audit. How does a forensic audit affect the current proceedings between BoU and Crane Bank?” Mr Niwagaba asked.

Mr Abdu Katuntu, the chairperson of the committee on Commissions, Statutory Authorities and State Enterprises (Cosase), has already protested to the Auditor General and BoU, insisting that the latter must provide documentation relating to the closure of Crane Bank.

“Entities being audited do not have the liberty to choose what should be audited. The arguments being raised by the bank of subjudice do not apply to auditing. Your report may not be discussed in Parliament if in the opinion of the Speaker, it is subjudice,” Mr Katuntu wrote to the Auditor General and BoU.

A motion to kick-start the setting up of a select committee to investigate the operations of the Central Bank remains on the Order Paper listed as business to follow after the Deputy Speaker Jacob Oulanyah ruled last year that Cosase and courts are handling similar matters.

Clash with Deputy Speaker
The dispute between Mr Mafabi and the Cosase leadership is over a letter Ms Among wrote to Mr Oulanyah insisting the committee was auditing the operations of Bank of Uganda, even before such an inquiry had commenced.

Mr Oulanyah was not available for comment as he currently away in Israel on a working trip with the Parliamentary Commission.
A draft forensic audit report conducted by the Auditor General that is supposed to guide the Parliamentary inquiry was deemed inadequate as it does not include the plight of Crane Bank and National Bank of Commerce.