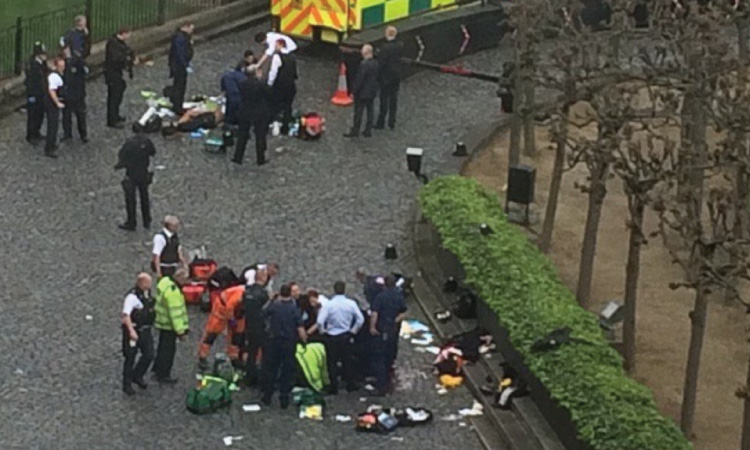 A policeman was stabbed and an assailant was shot in the vicinity of the Parliament building in London (UK) on Wednesday, in what police are calling a terror-related incident.

An eyewitness told the Press Association he heard shots being fired and saw two people apparently injured on the ground. A Reuters photographer also reported seeing at least 12 injured people on Westminster Bridge near the Parliament, after a vehicle struck several people, and photos showed a carplowed into railings.

David Lidington, leader of the House of Commons, said that the alleged assailant was shot outside the Parliament building by armed police.

The House of Commons session has been suspended and the Palace of Westminster has been put on lock down, an official said.

The Metropolitan Police said the incident on Westminster Bridge is being treated as a terrorist incident until investigation indicates otherwise.