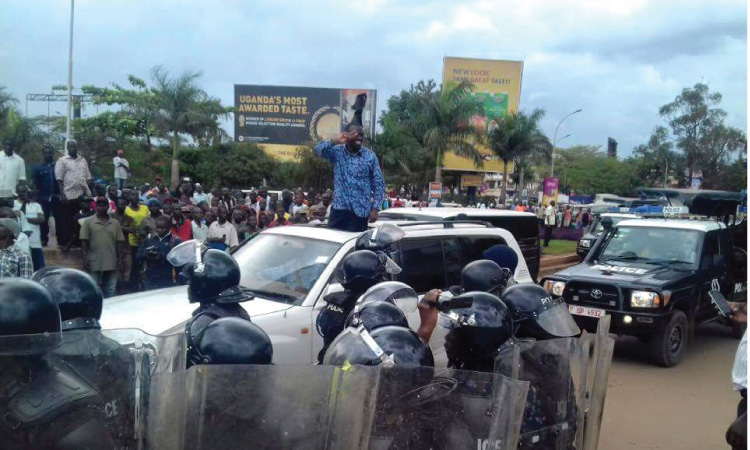 Former Forum For Democratic Change presidential candidate, Dr Kizza Besigye has been arrested for a second time in a period of just hours.

Besigye, who returned to the country yesterday had earlier appeared at the high court to answer his case of treason  as ordered by court before he was released on bail.

From Court, he crossed to Crane Bank, where he made  some transactions before driving to Najjanakumbi to meet party officials at FDC headquarters.

On his return, he was blocked at Clock Tower as he drove to Uganda House to meet his lawyer.

He was then arrested after he refused to follow police orders and his vehicle towed to unknown place.