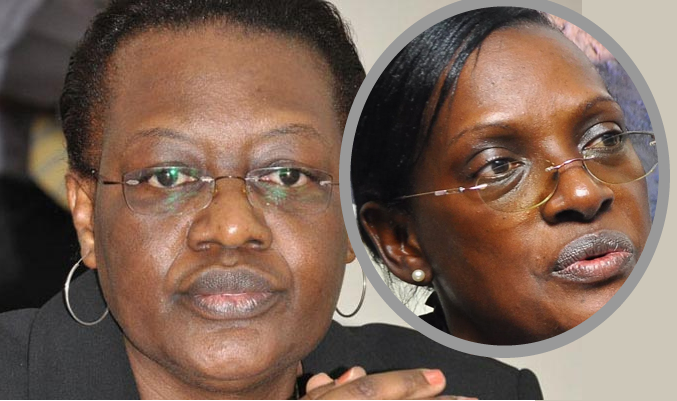 This follows the IGG coming under fire for allegedly trying to block a probe into Bagyenda because the two are said to be friends.

The anti IGG people were last week elated after President Yoweri Museveni liked the ombudsman’s office to a toothless dog and named a parallel team to fight corruption.  The IGG’s defence was that Museveni protects the corrupt officials.

On the Bagyenda issue, Mulyagonja says investigations are underway and she also denied being friends with Bagyenda contrary to talk going around in public domain.

“We welcome any other authority that can verify Bagyenda’s assets. We shall hand over the declarations so that authority does the verification so that the public stops accusing me of being friends with this woman. I don’t know where they trace me being a friend of Bagyenda. I came to know Justine Bagyenda as director of bank supervision about two years ago. Before that, I didn’t know this woman,” Mulyagonja was quoted by a local daily.

On February 20, a whistle-blower petitioned the IGG to investigate Bagyenda, over illicit enrichment. The whistle blower attached 17 properties in upscale Kampala suburbs and Western Uganda that either belong to Bagyenda or her next of kin.

The whistle blower also attached bank account statements indicating that Bagyenda has several billions of shillings in Diamond Trust Bank and Barclays Bank. Both banks came out to apologise for the breach of customer confidentiality. However, their apology served to confirm that the transactions were factual.

Three months after the whistle blower’s revelations, no report has come out of the IGG’s office, with the public fearing that the whistle blower’s petition was pushed under the carpet. However, Mulyagonja says her office is by law not supposed to reveal every step of investigations of any kind to the public but reports are sent to the relevant government agencies that have authority over the person being investigated.

Mulyagonja said Bagyenda’s investigation will be restricted to verification of assets. The Leadership Code stipulates that leaders are supposed to declare their assets. In case it is found that Bagyenda is in possession of property she concealed, she will have been found in breach on the Leadership Code. Already there are tell-tale signs of wealth concealment if the whistle blower’s report is anything to go by as some of Bagyenda’s properties are in her children’s names.

The IGG’s verification of assets report will be sent to the Parliament Committee on Commissions, Statutory Authorities and State Enterprises which is doing other investigations on Bank of Uganda.

Bagyenda is also being investigated by the Financial Intelligence Authority (FIA) over alleged money laundering.