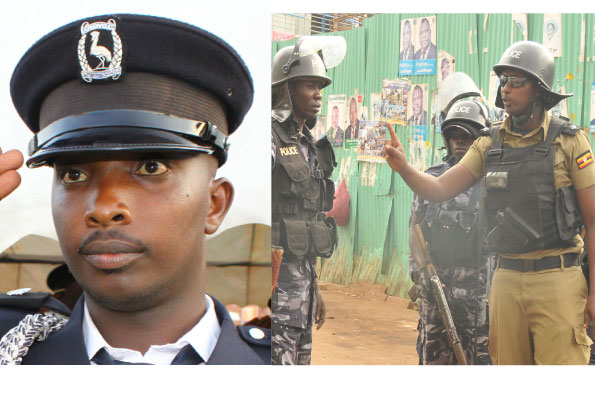 Former Kampala Central police station commander, Aaron Baguma pleaded with court to be remanded to Kigo prison where he claims he will be safer.

Baguma who has been on the run after Buganda Road Court Chief Magistrate Jamson Karemani issued a warrant of arrest for him not later than 1st September 2016, turned himself in, in the company of his lawyer, Abraham Mpumwire and was charged with murder, aggravated robbery and kidnap with intent to murder.

The court had on August 18, issued a warrant of arrest for the elusive senior officer after he dodged court that day. Court had given Mr Baguma up to tomorrow to be arrested by any member of the public and the police by tomorrow and bring him to court.

Dressed in civilian clothes, Baguma appeared before Grade One Magistrate Joan Acio at around 2pm.

Since murder charge is capital in nature, Mr Baguma was not allowed to plead to the same charge that is only tried by the High Court. Court only just read for him the charges before remanding him.

Mr Baguma and the remaining co-accused, who have not yet been committed to the High Court to face trial, are expected back in court on Thursday for mention of their case.

The other suspects in the case include; Paul Tasingika, Godfrey Kayiza, Phillip Mirambe and Stephen Lwanga. they are all currently on remand at Luzira prison. Baguma returns to court on Thursday 1st September 2016 for mention of his case.