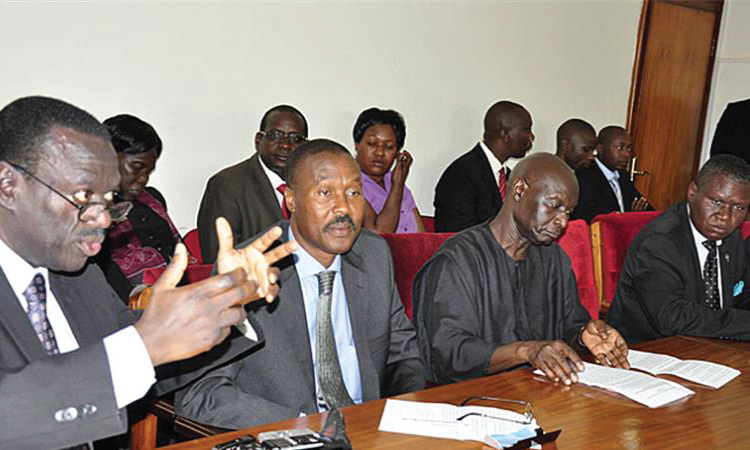 A Shs 3billion grant by the inter Party Organization for Dialogue-IPOD to registered political parties in Uganda is silently triggering a cold war as party stalwarts bicker over how they should share the money.

As part of its programme of strengthening political parties IPOD, through the Electoral Commission (EC) early this week doled out Shs 3billion to all registered parties.

However, sharing the money is becoming a source of division as parties wrangle on which criteria to follow.

NRM, which commands an overwhelming majority in Parliament, had proposed  that money should be doled out based on party representation in Parliament, a suggestion other political parties are strongly opposed to.

The other major Parties-Forum for Democratic Change(FDC), Uganda People’s Congress(UPC) and the Democratic Party(DP) want the money equally divided amongst the major political parties.
In correspondences with donors, the major opposition parties argued that representation in Parliament cannot be used as criteria to dole out the money on grounds that the elections were largely flawed.

IPOD has now instructed the EC not to transfer money to the parties before they sort out their disputes over how to share it.